RTL and ProSiebenSat.1 claim the adblocker's plug-in was 'anti-competitive' 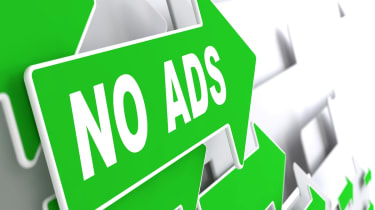 AdBlock Plus has won its second court battle in the last five weeks after it managed to convince a German court it wasn't being anti-competitive and didn't threaten revenues from publishers.

German broadcasters RTL and ProSiebenSat.1 claimed browser plug-in Adblock Plus, which allows internet users to block adverts, was anti-competitive and threatened their ability to offer viewers content for free.

The plug-in allows some adverts through via a whitelist, which advertisers must request to join. However, the ads displayed must adhere to a set of rules including no animation or sound. They also must be unobtrusive, allowing the reader to see all the content on the page.

AdBlock's owner Eyeo denies it charges for advertisers to use the white list, but it makes its money through 'support services', which the company has never divulged information about.

Ben Williams, a spokesman for Eyeo, said: "This is the fourth time that massive publishers have brought legal proceedings against our start-up.

"Thankfully, the court sided with users and with compromise. So, we're pleased to say that Adblock Plus will continue to provide users with a tool that helps them control their internet experience."

However, he went on to say that the company will continue to work with publishers, advertisers and content creators to create more engaging ads and develop a sustainable internet ecosystem.

A spokeswoman for RTL said: "We are weighing a possible course of action against the ruling and assessing the prospects of an appeal."

Eyeo was last in the German courts at the end of April, when publishers Die Zeit and Handelsblatt tried to get the plug-in shut down for the same reasons as RTL and ProSiebenSat.1. However, like yesterday's verdict, the comapnies were unsuccessful in their claims.