Apple has bought Metaio, an augmented reality start-up first launched by Volkswagen in 2003 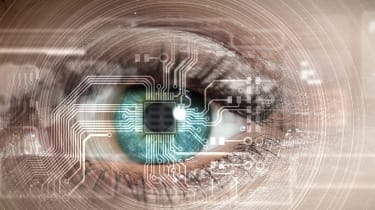 Apple has acquired start-up Metaio, an augmented reality company first launched by Volkswagen as a spinoff project in 2003, according to legal documents confirming the buyout earlier this month.

Rumours of a new era for Metaio began to build when the company stopped taking on new customers after cancelling its user conference at the start of May. The start-up's social media accounts were also closed down and it was announced that email tech support would cease from June 30th.

Prior to the acquisition, Metaio had 1,000 customers and 150,000 users across 30 countries, though it's unknown what the buy-out could mean for them.

TechCrunch confirmed the news, with Apple telling the site: "Apple buys smaller technology companies from time to time, and we generally do not discuss our purpose or plans" the company's standard response when asked about recent acquisitions.

Earlier this year, it was reported that Apple had secured a patent for "head-mounted display apparatus for retaining a portable electronic device with display," after applying for it in 2008. Other patents indicating the company have been exploring this area include ones for 3D hyper-reality displays and motion-sensing virtual interfaces.

But despite evidence to the contrary, Apple CEO Tim Cook has previously expressed disinterest in investing virtual and augmented reality technology, saying: "We always thought glasses were not a smart move, from a point of view that people would not really want to wear them. They were intrusive, instead of pushing technology to the background, as we've always believed.

"We always thought it would flop, and, you know, so far it has."

At the Wearable Technology Show earlier this year, many business leaders were more optimistic about the potential for augmented reality, however, with wearable lead for Accenture, Brent Blum, saying that progress is "starting to happen" in the area.