The best tech on show at Skolkovo Startup Village 2015

Meet the startups hoping to energize the Russian tech sector 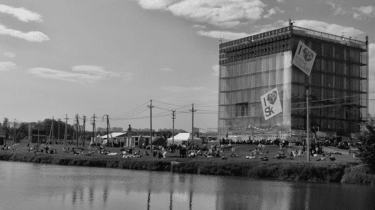 Russia is planning to give a boost to tech start-ups in the country, with an accelerator program designed to provide funding and other assistance to select young companies in the science and IT sectors.

The annual Startup Village event was held this week at the Skolkovo Innovation Centre, with some of Russia's best tech start-ups on show.

Skolkovo focuses on five key areas, with associated start-ups grouped into clusters'. Along with a standard IT cluster, there are also divisions for energy efficiency and nuclear power, as well as biomedical and aerospace technologies.

A notable lack of consumer products were present at the event, especially when compared to other events are often awash with connected home devices. While there were a few smart lightbulbs on display, most Skolkovo startups are focussed on B2B.

What sectors were on show at Startup Village?

As the most prominent and readily-accessible field, Skolkovo's IT cluster is naturally the most popular with over 100 companies tackling the IT challenges that face modern businesses, from information security to cloud integration.

Some of the less traditional sectors are also receiving attention, however. One of the aerospace startups, Dauria Satellite Technologies, recently received 60 million rubles in funding from the state-owned Vnesheconombank's investment division (VEB). 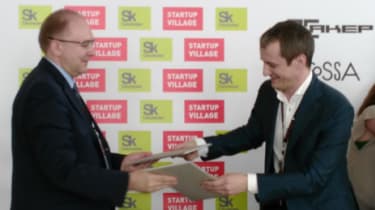 The company produces small-scale satellites that can be deployed for imaging and optical remote sensing. It is hoped that this subsidiary of Russia's first private space firm will help re-establish Russia as a space-race player alongside Virgin Galactic and Elon Musk's SpaceX.

VEB chairman Andrei Morozov was complimentary of the Skolkovo ecosystem, saying the project's assistance will allow DST "to enter one of the most promising and fastest-growing segments of the global commercial cosmonautics".

Manufacturing was another very popular field, unsurprising given Russia's historically strong industrial base. Many of the startups highlighted their industrial use-cases over other more consumer-friendly applications.

One particular example is Le Talo Robotics. This small company offers drones as a service, and while similar ventures might emphasise its applications for event photography or surveillance, Le Talo highlights its use for agriculture and construction.

Its drone service autonomously flies over a pre-defined area taking photos. From there, a cloud service analyses them based on the client's needs, building things such as 3D terrain models and crop yield predictions.

Another company that operates somewhat outside the norm is Mobiliuz, a connected car company. But rather than leveraging the Internet of Things to provide an end-user benefit, its product is instead aimed at business vehicles. 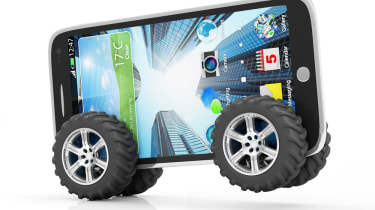 While not radically different from its neighbours in the consumer space, Mobiliuz finds a niche by providing enhanced visibility across corporate fleets. Vehicles can be tracked, their condition assessed, and the method of driving analysed, allowing business leaders to identify the biggest risks and weak points in their operation.

3D printing is now a common and unremarkable sight at any tech convention. Skolkovo, on the other hand, has 3D printing with a difference. Far from 3D printing anything so pedestrian as plastic, metal or even fabric, the team at 3D Bioprinting Solutions manufacture organs.

In March of this year, the company unveiled its first transplant-ready 3D printed organ a thyroid gland, later transplanted into a mouse. At the time of writing, the mouse is still alive. This is very encouraging news for those on the transplant list, as the group's next project is scheduled to be a transplantable kidney.

The startups on show at Skolkovo highlight the diversity and talent present in the Russian tech sector. If the project meets its construction time and budget projections, these companies could provide the boost needed to put the country on a par with the giants of Silicon Valley and the East London Tech City.