Even when you turn the device off, it's still rolling, security researchers have discovered 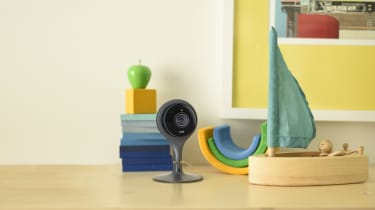 Security researchers have discovered the Nest Cam doesn't stop recording footage of your home, even when you turn it off.

The researchers at ABI Research said that even in 'off' mode, data was still being transmitted, exposing a huge security flaw.

Jim Mielke, a senior analyst at the company explained: "When a device goes to power down mode, you expect the current drain to drop quite a bit. In this case, the current drain only changed slightly when given the turn off command, reducing from 370 mA to 340 mA. Typically, a shutdown or standby mode would reduce current by as much as 10 to 100 times."

However, Google-owned Nest responded by saying no video data was transmitted when the camera was off, but it doesn't fully power down either.

"When Nest Cam is turned off from the user interface (UI), it does not fully power down, as we expect the camera to be turned on again at any point in time," the company said in a statement.

"With that said, when Nest Cam is turned off, it completely stops transmitting video to the cloud, meaning it no longer observes its surroundings."

It added that the Nest Cam uses 128-bit SSL to protect customer data, which it says safeguards against anyone hacking into the data while the camera is operational or in 'off' mode.

Nest launched its security camera as part of its revamped smart home product line, which also includes updates to its smoke alarm and thermostat, back in June. 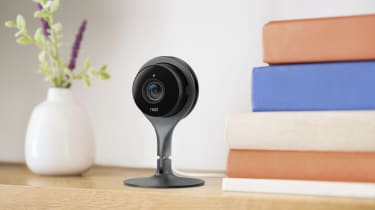 It also features live-streaming to phones or computers, so people can keep an eye on their home while away.

"We wanted to give an unprecedented level of insight to our customers about what's happening in their home," said product marketing head, Maxime Veron.

That means users can access 1080p live-streams of their homes over WiFi, but there is another feature that Nest hopes will sell its device, called Nest Aware.

Veron said: "The main feature on [Nest Aware] is obviously video history. Video history is not just continuous stream you feed to the cloud and recall for 10 or 20 minutes, it also shows up in the app as clips."

Users can stream and store video content using a 2048-bit RSA key, and transmit it with a 128-bit SSL encrypted connection.

With two subscription choices, customers of the Google-owned company can choose whether they can access 10 days of video history, or 30 days.

The Nest Cam itself comes out in the UK in early July for 159.

Google is putting the camera to more uses than security, though, trialling it with YouTube vloggers to stream footage directly to YouTube Live.

Consumer electronics vlogger Lewis Hilsenteger, whose channel Unbox Therapy has two million subscribers, said: "I bought a Dropcam a few months ago and used it to set up a public live stream of my office on my website.

"The response was overwhelmingly positive - my audience loved having a behind-the-scenes view of my production studio.

"Being able to stream directly from the new Nest Cam - in full HD - to my YouTube channel means that it will be even easier for Unbox Therapy subscribers to get that inside look without having to leave YouTube." 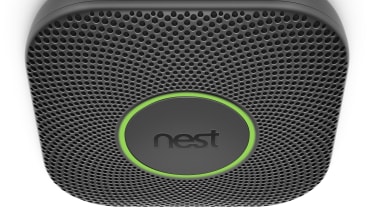 The smart home company's own smoke detector, Nest Protect, has come in for an upgrade to improve its design, expand the types of particles that it can monitor, and become less annoying.

Users can also silence it on their Nest app if it is going off because of burnt toast or another non-emergency situation.

It also has a 10-year lifetime guarantee, and is working with insurers American Family and Liberty Mutual on its scheme to cut insurance for those using its smoke alarm, called Nest Safety Rewards. While the scheme is currently limited, there are plans to roll it out further. 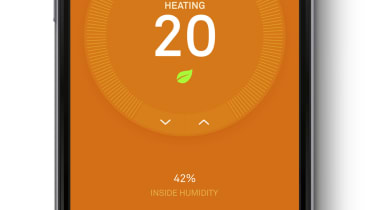 The company claims its thermostat saves an average of 12 per cent on heating bills and 15 per cent on cooling, and both its first and second generations have now been upgraded to software version 4.5.

It features safety temperature alerts to warn customers if their homes get too cold, and can hook into Nest Protect to get smoke and Carbon Monoxide alerts on your thermostat.

The thermostat and smoke alarm can also work together to shut off air conditioning in the event of a fire, to avoid spreading it.

"We always wanted to build more than a thermostat," said Tony Fadell, Nest CEO. "Our vision was to create a thoughtful home a home that takes care of itself and the people in it.

"More than 9,000 developer partners are using the Works with Nest developer program to help seamlessly integrate everything from washers and dryers to cars with our thermostat, smoke alarm and camera.

"We're working with energy and insurance partners to bring more value to our shared customers. Nest products are used in 190-plus countries, across multiple platforms, and are available wherever people shop."