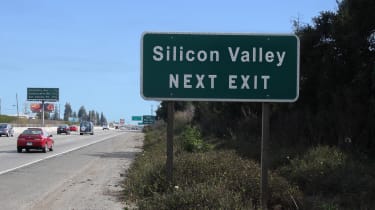 You can't go anywhere in San Francisco best known inside and outside of the US as the country's tech capital without being reminded of the innovation constantly unfolding in the city. With billboards, office blocks and world-famous brand names pasted everywhere you look, there's no mistaking where you are from the moment you land.

This week, European journalists have been invited to the technology hub to meet with some of the most exciting and innovative companies currently operating in Silicon Valley, San Francisco and further afield. Here are the highlights so far:

Launched in 2010, the Big Switch's first product Big Tap Monitoring Fabric came in 2013, with Big Cloud Fabric following in 2014. The company is based in Santa Clara, with an international office in Tokyo and plans to expand to Europe either by the end of 2015, or early in 2016.

The idea behind the business is to bring the automated, hyperscale networking of companies such as Google and Facebook to a "broader audience", pushing the network out of the way of rapid innovation with fit-for-purpose products. Key sectors include financial, education and government, Murray and Gandhi told us.

With just 100 people working for them, the start-up feel is still very much a part of Big Switch,. It is adamant that its selectiveness when hiring means that with 100 of the "brightest minds in networking" - in engineering, product management and beyond it can do what larger companies are unable to with 400-500 people.

Next up is NexGen Storage, which offers a hybrid flash array focused on allowing end users to prioritise application workloads with PCIe flash performance and policy-based storage QoS. This increases efficiency, agility and reduces cost, according to the firm.

Interestingly, the company based in Colorado has only this year become an independent one once more after being acquired by Fusion in 2013 and SanDisk in 2014.

The company hopes to solve the problem that has spun out from the IT industry's virtualisation trend the complexity of managing a growing infrastructure segregated by physical resources. The constant data growth that has become a reality for IT companies only exacerbates this problem.

NexGen, then, will prioritise data based on its value to business, consolidating IT infrastructures.

The last order of business for the tour's first day is Nuage Networks which, perhaps unsurprisingly to any French-speaking readers, has to do with the cloud.

Reacting to the problem of networks being unable to keep up with the virtualisation of compute and storage, the Silicon Valley-based start-up has created an automated, policy-driven network virtualisation platform. It enables both enterprise customers and cloud providers to increase the flexibility and security of their networks while also reducing OpEx.

We are in the age of instant gratification, CEO Sunil Khandekar told us, and cloud has completely changed the way applications are being consumed both by consumers and enterprise users. Network must therefore support the cloud, rather than be allowed to act as an obstacle to growth.

To achieve this, the emphasis has to be on application delivery as the product, meaning the network can become highlight automated rather than static, as has previously been the case. As Charles Ferland, vice president of business development, puts it: applications are more interactive and dynamic than ever before, and users more distributed, mobile and demanding.

Decades-old branch architectures are no match for today's reality, and everything has to be done in support of the applications. It's all about "focusing on the needs, and automating the means." That's where Nuage comes in.

Today we will visit DDN Storage, Pure Storage and Hedvig. 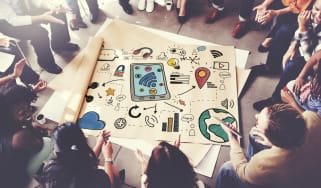