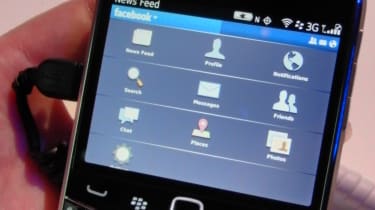 Men comprise 68 per cent of Facebook's workforce, according to the social network's latest diversity report.

This increases substantially in the technology division of the company, with women totalling just 16 per cent of its workers in the department.

The news was better in the non-tech divisions this year, though, with women accounting for 52 per cent of staff overall, but men still dominated senior leadership positions, holding 77 per cent of these roles.

Facebook took in an extra one per cent of women staff in the last year, despite the company having a mammoth 10,000 employees in total.

But the company admitted it must do more to improve the ratio of men and women it employs.

"While we have achieved positive movement over the last year, it's clear to all of us that we still aren't where we want to be. There's more work to do," Facebook's diversity director, Maxine Williams, said.

The report revealed that race is also far from equal, with 91 per cent of the company's workers white or Asian. The number of white workers has decreased slightly from last year's diversity report, when 57 per cent claimed themselves to be Caucasian compared to 55 per cent in the last 12 months.

Hispanic workers account for four per cent, while only two per cent are black.

"We remain deeply committed to building a workplace that reflects a broad range of experience, thought, geography, age, background, gender, sexual orientation, language, culture and many other characteristics," said Williams.

Following the news that the US Supreme Court has legalised same sex marriage around the entire United States, Facebook released a new feature that allowed its users to change their profile picture to a rainbow tinted image as a celebration.