Beloved CEO of Nintendo passes away after fight with cancer 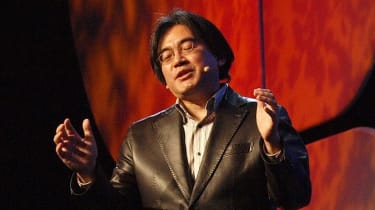 The head of the beloved videogames company died of complications arising from a cancerous growth on his bile duct, Nintendo announced yesterday.

The illness had previously kept him from attending last year's E3 conference in Los Angeles, and he underwent surgery in 2014 before returning to his job.

Nintendo is currently being co-helmed by Mario creator Shigeru Miyamoto and PunchOut!! developer Genyo Takeda while the search for a new president takes place.

Being Nintendo's president for 12 years, as well as helping create games like Kirby, Earthbound and Pokemon.

Iwata graduated from the Tokyo Institute of Technology, but his background in programming and software development started while he was still at high school, producing games from home as a hobby.

During University, Iwata worked as a freelance programmer for game studio HAL Laboratory, Inc. (so named because "each letter put [them] one step ahead of IBM"), and continued his employment on a full-time basis after his graduation.

He became the company's coordinator of software production in 1983, working closely with Nintendo on many products. Games such as Balloon Fight were developed for the Nintendo Entertainment System, but also ported to arcade cabinets by HAL, leading to a close relationship between the two.

Promoted to president of HAL in 1993, Iwata also helped to found Nintendo-affiliated studio Creatures, Inc., and advised and collaborated with Nintendo on multiple products. In 2000, after several years of working closely with Nintendo, Iwata took an official position within the company, working as the head of its corporate planning division.

Two years later, he was chosen to become Nintendo's president following the retirement of Hiroshi Yamauchi, who had held the position since 1949.The company's fourth president, Iwata was the first head of Nintendo who was not a direct relation of the founding Yamauchi family.

Upon his succession, Iwata pushed for the democratisation of games, stating that he felt the hobby was becoming too exclusive. As part of this strategy, the Nintendo DS and Wii systems were developed to be more open and inclusive, meeting with huge success across all ages.

Iwata's background in development was thought be a huge asset to his leadership, and he made it onto Barron's list of the top 30 global CEOs from 2007 to 2009. He also maintained active links with the community, using an interview series called Iwata Asks' to discuss various aspects of Nintendo, programming and gaming in general.

He had a reputation for honour and honesty, and when Nintendo started underperforming thanks to poor WiiU sales, Iwata voluntarily accepted a 50 per cent pay cut in order to help the company continue.

Over the course of his career, Iwata garnered huge approval from Nintendo fans, not just for the cult successes he developed like Kirby and Earthbound, but also as a CEO who understood that games should be fun. In his own words: "On my business card, I am a corporate president. In my mind, I am a game developer. But in my heart, I am a gamer."

Following news of Iwata's death, gamers worldwide have been expressing their grief at his passing. Many have taken to social media to share poignant tributes to the departed president, such as this emotional image by Tumblr user Peach Bunni. 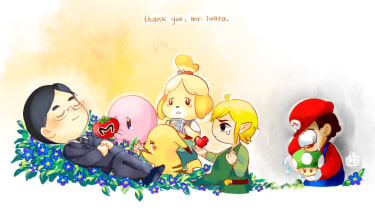 Even while running a company, Iwata stayed in touch with his programming roots.

When the developers of Nintendo 64 game Pokemon Stadium faced difficulties in porting over the battle system from Pokemon Red and Blue, Iwata got hold of the source code, analysed it and ported it over himself in the space of about a week. At the same time, he was also advising Nintendo on the best method of localising the original games, also using the original code.