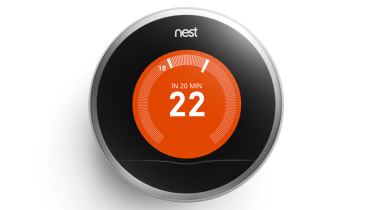 Apple has stopped selling Google's Nest home automation devices because it wants to dominate the market with its HomeKit developed hardware, according to reports.

Although Nest was formed by two ex-Apple engineers, it was bought by Google last year for $3.2 billion (1.94 billion) and Apple seemingly does not want to give one of its biggest rivals a leg-up in the smart home space.

If customers want a smart thermostat like Nest's, the ecobee3, which runs on Apple HomeKit, is still available to buy. Other smart home devices Apple will continue selling include Elgato's Eve series of connected devices, the iHome smart plug, Insteons' Hub Pro smart device controller and Lutron's smart lighting system, all of which have been developed with HomeKit.

Apple said in a statement that it regularly makes changes to the products available in its stores and there had no more information to provide regarding the decision to remove Nest.

Nest did not comment on the changes either, but did say a new range of products would be available from Apple in the coming weeks. Apple is apparently a "valued partner" for Nest according to the company's spokeswoman Ivy Choi.

HomeKit made its debut last year at Apple's WWDC 2014 conference, with the intention of bringing a single standard to connected devices and building a strong, comprehensive market based on its own technology.

While there has been a gradual flow of new HomeKit devices over the past 12 months, Apple really threw its weight behind the software and the products that use it at WWDC 2015, where it announced HomeKit support for iCloud and Apple Watch. Our sister title, Alphr, has more analysis on what this means for Apple here.