Is Google's new corporate structure important for the company's future? You Alpha-bet your ass it is. 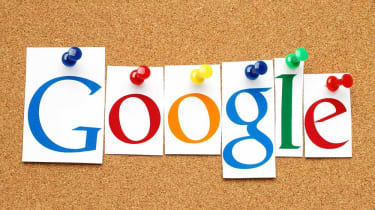 Is it just me, or does Alphabet' sound a lot more plausible than Google' as a name for a vaguely sinister mega-corporation? The rebrand, for all its maturity, does put me slightly in mind of Robocop's OCP or Resident Evil's Umbrella Corporation.

For those of you that weren't already aware, Google has undergone a surprise (well, a surprise to many outside the company) corporate restructure. While most of its well-known products will still come under the traditional Google heading, its more experimental ventures will now be controlled by Alphabet, a new overarching holding company.

The business and tech communities are still reeling after this unexpected curveball, but early signs indicate that the decision has been well-received; Google's stock jumped six per cent after the news, which broke after US markets closed on Monday.

That's a fairly crucial metric, as this is move appears planned with investors in mind. The company's shareholders have been demanding greater transparency about the company's finances for a while, particularly regarding the division of investment between the core business and Google's more outlandish pipe-dream projects.

This appears to be a concession to that desire, and financial results will now be segmented between Google Inc. and the Alphabet brands. In addition to the restructuring, there are also some staffing changes in the works.

First and foremost, Larry Page will no longer be CEO of Google. Page isn't stepping down, however just sideways. He will now be taking over as CEO of Alphabet, with his co-founder Sergey Brin as president.

Google will now be headed by second-in-command Sundar Pichai, who has reportedly been overseeing key divisions for a while. Under the new structure, he will be managing the backbone of Google's services: Ads, Android, Maps, Search and YouTube, all of which currently account for around 90 per cent of the company's total revenue.

Other divisions will each be spun off into separate Alphabet-owned entities.  Calico, a life-extension research team; Fiber, which aims to roll out affordable high-speed internet to the masses; Google X, which is the maverick think-tank working on drones, robotics and self-driving cars; Life Sciences, developing glucose-sensing contact lenses; Nest, which handles the Internet of Things products and Ventures and Capital, the company's twin investment branches.

Each of these departments will have its own CEO, with Page and Brin on hand to provide support as needed the big guns that can be called in in the event of a major corporate catastrophe.

A more cynical soul might suggest, however, that along with improving investor relations, this restructure provides a convenient way for the two founders to move away from the day-to-day running of Google's core services.

It would be hard to blame them for wanting to move on though. Once the excitement of creating something like Google Maps is out of the way, the actual operation of the business must be fairly dull for innovators like Page and Brin.

Instead, they now have the luxury of spending their time and attention on developing new projects, working on whatever interests them at the time whilst leaving the other arms of the business to essentially run themselves.

This is where the new corporate changes begin to get a little more interesting. Google doesn't provide a detailed break down its financial results, so we don't really know in any great detail how money is apportioned to different departments within the business.

One of the main (and indeed only) figures shared by Google is its so-called "70/20/10" strategy, whereby 70 per cent of revenue goes into supporting and maintaining the central Google' services, 20 per cent is spend on the infuriatingly vague "adjacent areas" and the remaining 10 per cent is put towards endeavours that could be charitably defined as completely bonkers'.

Beyond that, however, we know almost nothing about how profits are internally reinvested. How much, for example, has Google sunk into the driverless car programme? Nobody outside the company can really say for sure.

On the other hand, it doesn't take a genius to work out that Google's pet projects or "moonshots", as Page calls them must be phenomenally expensive. That money has to come from somewhere, and with Google's advertising wing pulling in a landslide majority of the company's revenue, it's equally simple to work out where that is.

Up until now, this clearly hasn't presented a problem Google's at liberty to funnel its money into and out of various departments however it chooses. It might not be that simple any more though.

Technically, Alphabet will still own Google Inc. under the new reshuffle, and as chief executives (who have been very careful to hold onto their preferential voting shares) the ex-Google bosses will still be able to dip into the advertising piggy-bank as they see fit.

Whether or not this attitude will fly with investors and newly-appointed division CEOs is a different matter altogether. A key aspect of the new structure is supposedly increased transparency, and Page and Brin treating the core business as their own private accelerator fund would be virtually guaranteed to raise both eyebrows and objections.

Speaking of CEOs, this is another potential pitfall of the new setup. Goophabet' now has significantly more C-suite positions than it used to, which, it has been suggested, is part of a move to stop high-level employees from jumping ship as their careers progress.

However, with great power comes great responsibility. Delegating the running of various arms may allow the founders to take a more hands-off approach to leadership, but it also means that the new leaders will have to make decisions about the company's future and direction.

This could well end up spurring new growth, with bold visionaries and idealists leading their brands into new markets. However, it could just as easily go the other way; we've already seen with Reddit just how badly things can go wrong when a company's founders take their hands off the wheel.

Sundar Pichai looks like an undeniably good choice for Google's new CEO, a smart, capable leader that has seen both Android and Chrome explode in scale and popularity. However, his fellow division heads may not be as well-suited to leadership, and with devolution on such a large scale, it could only be a matter of time before one CEO runs his or her brand into the ground.

Our sister site Alphr has highlighted a slightly brighter note. Segmenting the companies means that there will now be increased scope for partnerships, without a pressing need to be tied into the Google ecosystem. Nest, for example, would benefit enormously from a partnership with Apple and integration with its HomeKit network.

There's also the possibility of more moonshots. A clear separation of Google's extracurricular projects has the potential to attract the more eccentric breed of angel investors, who may be more encouraged to throw money at, say, Google's drone programme, now that they know it won't be parcelled out to five or six other branches as well.

As a brief sidebar, an excellent model for this would be Elon Musk. Essentially the real-life version of Tony Stark (minus the weapons), Musk has shovelled his vast fortune into personal endeavours like a viable range of electric cars and a commercial space programme. A partnership between him and Google's X labs would be the stuff of science-nerd dreams.

For many people though, investor relations and corporate management structures are of little to no interest. All they're interested in is whether or not the changes will result in better products from the company. At this stage, however, it's impossible to say.

On one hand, it initially seems unlikely. After all, nothing has fundamentally changed within the various product arms themselves. All of the high-value and consumer facing segments that people actually use Android, Chrome and YouTube, for example are still developed and managed by the same people.

Alternatively, the new structure has the potential to throw Goophabet into significant turmoil, and could have some serious financial knock-on effects further down the line. It's difficult to say at present if this will be a good or a bad move for the company's product portfolio overall.

It has to be said that investors appear initially happy with this move, and in terms of greater transparency it seems like a clear statement of intent from the founders. It's also clear that Google's chiefs are not planning on pumping the brakes on the company's trademark innovation any time soon.

However, in separating themselves from the advertising wing, Page and Brin may discover that they've unwittingly killed the golden goose. While it's given them the time to focus on their more oddball brainchildren, will they now, with increased investor scrutiny, have deprived themselves of the necessary cash infusions?

In short, is this the end of Google as we know it?