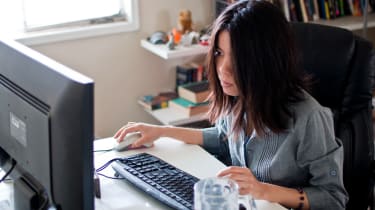 Employers are increasingly turning to apprenticeships to fill the ever-increasing tech skills gap in the UK, which has grown to 134,000 vacancies a year.

This is according to Experian's analysis of data from both the Office for National Statistics (ONS) and from the Tech Partnership, a network of digital firms including BT, Google and Fujitsu, which found that two in five companies struggle to fill vacancies, 85 per cent of them blaming the skills shortage for their difficulty finding the right staff.

With around half those vacancies being for junior tech roles, Tech Partnership found that businesses are now twice as likely to offer tech apprenticeships compared to previous years.

Margaret Sambell, director of strategy at Tech Partnership, said: "Graduates have always been a source of new blood into tech careers. But in today's fast moving environment, employers are also increasingly enthused by apprenticeships as a way to attract and develop new people - and are finding that a rich seam of talent.

"While more and more businesses are introducing apprenticeships, a concerted effort is required across all industries to meet demand, as well as to make sure these apprentices gain the skills they need to actively contribute to Britain's digital future."

Lloyds Banking Group is one company firmly focusing on apprentices to try and meet demand for IT skills.

Damian Jacobs, group IT emerging talent manager at the bank, said: "Through apprenticeships, we've been able to reach out to across our operations in the UK to get tech talent, and find people with tremendous ability and enthusiasm for their roles. Our apprentices bring a positive attitude and a determination to succeed they are a real asset to our organisation.

"Through our working with Tech Partnership, Lloyds Banking Group will have its first cohort in September this year studying for the Degree Apprenticeship in Digital and Technology Solutions."

Last week, it was reported that demand for IT workers has increased, yet permanent roles have hit a 25-month low attributed partly to the digital skills shortage in the UK.

"It's vital that companies make use of the best and most effective methods to ensure a successful outcome for both employer and apprentice," added Sambell. "Employers have been working together through the Tech Partnership to make it easier for companies to take on a tech apprentice with confidence."