Gamers, geeks and growth industries: why John Cridland is wrong about "spotty nerds"

The games industry is a diverse place, and we should stop pigeon-holing its members 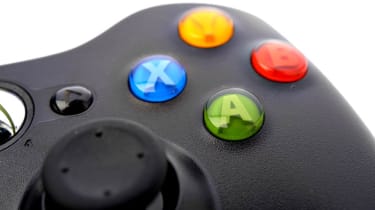 I'm not quite sure what planet John Cridland is living on.

As the chairman of the Confederation of British Industry (CBI), one would assume that he's a sensible man indeed, his work on issues like the national minimum wage proves that he's a rather fine businessman and economist.

On other matters, however, he appears to tragically misinformed. In a recent Independent interview discussing the UK gaming industry, he identified the sector as "one of the biggest growth industries in Britain today".

"We need extra coders - dozens and dozens of them", he said, before adding, "but nobody is going to play a game designed by a spotty nerd. We need people with artistic flair".

Those words, in that order, actually came out of John Cridland's mouth I checked.

The fact that anyone can say that with a straight face in 2015 is unbelievable let alone the director general of the organisation that claims to represent the industry.

As Keith Stuart rightly said in his Guardian article, Cridland's comments contain a densely-packed strata of ignorance, like a layer cake made of stupidity.

Before we dive into the nuts and bolts of his dunderheaded wrongness, I'd like to put on record that I do agree with what Cridland was inelegantly trying to say. He was attempting to encourage the promotion of the arts alongside traditional STEM subjects, to create what he calls STEAM subjects'.

I'm not sure how viable it is (after all, aren't science, technology, engineering, arts and maths' basically all the subjects?), but it's a worthy goal, especially given how overlooked the arts currently are within education.

Encouraging more people to explore creative subjects is never a bad thing it's just a shame he wrapped up such a noble sentiment in such archaic views.

For a start, the image of the traditional "spotty nerd" is an outdated and pejorative stereotype that we really should have moved past by now. If it was ever accurate, it's not anymore. While it's true that the tech industry still has a substantial diversity problem, successful games are made on a regular basis by people of every stripe.

Cridland's comments pigeonhole an entire industry by suggesting the UK gaming development scene is comprised exclusively of one type of person, discounting the achievements of anyone that doesn't fit that bracket.

Pauline Jacquey, for example, is the managing director of Ubisoft Reflections. As part of the Newcastle studio, she was behind Rayman 2, Ghost Recon: Advanced Warfighter, and Watch Dogs all of which hold overwhelmingly positive ratings of over 75 out of 100 on reviews aggregator Metacritic.

Meanwhile, Tigon Studios, which developed the well-received Chronicles of Riddick games, is owned by Vin Diesel. The muscle-bound movie star is the very last person you'd associate with games development, and he is decidedly not a spotty nerd.

Despite resistance from certain segments of the gaming community, we're all gamers now, as ex-Official Nintendo Magazine editorChris Scullion pointed out. Everyone can play games, from the CEO playing Angry Birds on the tube to the South Korean teenager logging 36-hour sessions on DOTA2, so why should developing them be any different?

With comic book movies and games studios commanding multi-million dollar budgets, it's crazy that some still cling to the idea that the people who make these games are the basement-dwelling neck-beards pop culture has lambasted for decades.

Does Cridland also believe that all fashion designers are camp, bitchy men with French accents? Are all taxi drivers slightly racist bald blokes in their late forties called Keith? If not, then why should all programmers and game developers be "spotty nerds"?

Cridland has also highlighted the need for artistic flair' in the games industry. He is objectively wrong. While the games industry undoubtedly needs people with artistic talent and creativity, suggesting that there is currently a dearth of them is outright laughable.

Brighton-based studio The Chinese Room has recently released Everybody's Gone To The Rapture, an absolutely gorgeous game that has been receiving (if you'll pardon the pun) rapturous reviews from critics. It is a spiritual sequel to Dear Esther, an award-winning title that was itself praised for breathtaking art and a compelling story.

The British indie scene is full of creators rightly lauded for their art skills, and Cridland would be wrong to think a lack of formal arts training can prevent people from making moving experiences. It's also short-sighted to assume that being artistically talented and tech-savvy are mutually exclusive.

I wonder if Cridland has considered the reasons why most people haven't explored coding and game development? Sure, part of it is a lack of educational resources surrounding the topic, but that didn't exactly stop David Braben - he created Elite on the BBC Micro, spawning a critically acclaimed franchise that has now made it to PC, Mac and Xbox One.

A more likely reason is that programming was seen as a hobby for geeks and the socially awkward. Social stigma is a powerful thing, and that particular prejudice is one that Cridland is actively reinforcing.

His comments have been widely and deservedly panned by industry figures, including Rhianna Pratchett, videogame writer and daughter of the late and much-beloved Discworld scribe Sir Terry Pratchett, who said that "considering worldwide game sales are expect to reach$102.9 billion by 2017I'd say that we've been doing pretty well so far".

Nvidia's head of developer relations, Phil Scott, complimented the UK development scene, saying: "The beauty of the games industry is that it demands expertise in such a range of disciplines from coding to art and storytelling. I love my job because I get to work directly with the developers".

John Cridland's comments are reductive, wrongheaded and belie an underestimation and misunderstanding of a booming industry. It's clear than he recognises its value - at least on paper - so why does he seem to know so very little about it?

Coders and game developers are not just spotty nerds, whatever he, or anyone else, thinks. And the sooner the world stops thinking of them as such, the sooner games will be appreciated as the art form they truly are.