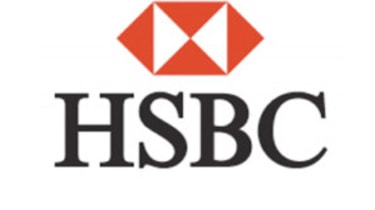 HSBC said it completed all of its customers' failed BACS payments on Saturday, just one day after it reported a systems outage.

The majority of the payments arrived in accounts by the end of Friday, but any that hadn't transferred were instead credited on Saturday, ensuring everything was fixed before the bank holiday Monday.

"Over 99 percent of payments that were delayed today have now been processed, with the remaining to be credited overnight," HSBC said in a statement at the end of Friday. "HSBC apologises again for the inconvenience caused."

The company apologised to hundreds of thousands of customers earlier in the day who had not been paid as a result of a technical glitch affecting BACS payments.

The issue is believed to have affected customers of other banks too who are reliant on beneficiary accounts that do bank with HSBC.

Some 275,000 payments are at stake, according to reports.

"We are committed to ensuring that no one loses out as a result of today's unacceptable problems," HSBC said. "We will work with our customers and the other banks, including providing compensation where appropriate."

While the bank has apologised to those affected and said it is working on a resolution for the problems, this has done little to placate those affected as many employers face the wrath of staff who are now out of pocket.

Mathew Robinson, who works as an accountant in East Sussex, told the BBC that none of his employees - including him - had been paid.

"It's also a problem for our suppliers - we have over 100 suppliers and they're not getting payments from us," he said. "HSBC have been appalling in handling this situation."

Exeter-based sales rep Nigel Moore told Sky News that he had to cancel plans for a weekend away when he realised the payment issue early this morning.

"I've got direct debits which are set to go on Tuesday and if I don't get paid I will incur bank charges as I will significantly be over my overdraft," he told Sky.

"This includes my child support payments to my ex-wife and I have not been informed as to whether I will be still liable for that. So not only will I have to sort out bills but have awkward conversations with the CSA (Child Support Agency)."

This news story was originally written on Friday 28th August but hs subsequently been updated to reflect HSBC's action.