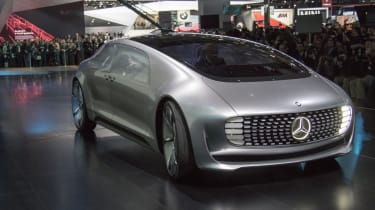 Mercedes-Benz may launch a driverless limousine service, with autonomous cars available on-demand for customers wishing for a premium service without owning their own luxury vehicle.

Daimler, which owns Mercedes as well as car-sharing service car2go, is looking to create a rival to similar services such as Uber, according to Reuters, targeting a different customer base by offering them more luxurious vehicles.

"This is a concrete development goal of ours," said Dieter Zetsche, Daimler chief executive, in the Reuters article.

"It would be even more convenient if the car came to you autonomously. And it would be extremely practical if the car2go appeared without needing to be prompted. Once my appointment in the calendar had come to an end."

The government launched a driverless car research and development project back in July in an effort to make the UK a leading force in the autonomous transport sector.

In May, it was announced that Google's own driverless cars would be tested on public roads around the company's US headquarters.

On combining this technology with the car-rental service, Zetsche said: "I think you don't need too much imagination to see that by combining these strengths, attractive business models are possible in the future."

Mercedes has also developed its own driverless car prototype, though liability concerns have stalled many attempts to make the technology more widely available. Market penetration is however expected to hit 13 per cent by 2025.

Uber acquired assets from Microsoft Bing's mapping service in June, and had been rumoured to buy Nokia's mapping service for $3 billion, but Daimler, Audi and BMW bought the technology for 1.9 billion last month.