Teach kids more than just how to code, says Mozilla

Mozilla's Michelle Thorne on the importance of teachers, open source coding, and the BBC Micro:Bit 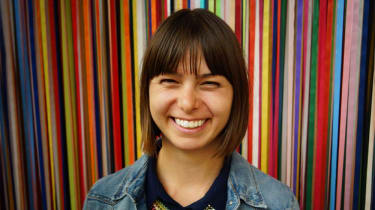 Programming is quickly becoming essential not just in business, but in day to day life, according to Mozilla.

With last Sunday marking the international Day of the Programmer', IT Pro spoke to Mozilla's director of web literacy programmes, Michelle Thorne, about the state of coding in the UK.

Many parties are pushing for ICT skills to be a greater part of the core curriculum for kids, including telecoms provider BT, who has recently announced an expansion to its Barefoot Computing programme.

Thorne is a big advocate of introducing these subjects at an early age, letting students get to grips with them while they still have time to learn.

"Education is about preparing students for the world they'll face after school, so digital skills of various kinds should be an essential part of the curriculum," she says.

Although programming is a key subject, it's just one part of a wider skillset, she adds, pointing out: "This includes computational thinking skills, which help learners understand how computers and networks operate."

She also highlights the importance of making coding principles relevant beyond the simple act of writing code.

"The connection between coding and learning has evolved a great deal in recent years. It's no longer just 'learn to code' we also have tools and programs that utilise a 'code to learn' philosophy. This means learning code in a fashion that unlocks other skills, like computational thinking and problem solving.

"The key is coupling programming with students' interests. We need to foster a genuine interest in it not only as a core subject at a young age, but also a set of tools and practices that can help you regardless of subject. For example, how can programming help you with your chemistry project? Or in composing music? Or in making a cool fashion accessory?" 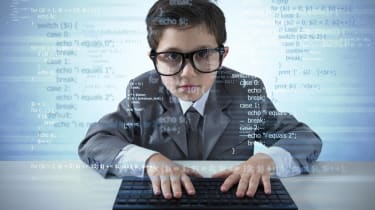 Thorne is quick to praise the UK's adoption of coding as part of the core curriculum, which came into effect in September last year.

"The UK is handling this really well. The current curriculum starts with kids as young as five learning basic principles such as what is an algorithm?', the importance of logic and data representation', and how to recognise common uses of programming beyond school.' This helps students to slowly develop a practical, hands-on understanding of programming."

One of the challenges with teaching programming is the amount of variation within the field, as Thorne notes. "Programming is essentially learning many new languages there's no simple one size fits all."

She says that there are some that are more obvious starting points than others, though. "As open source advocates, we love to see the basic Web languages (HTML, CSS, JavaScript) taught in classes. They're a superb starting point; they shape the fundamental ways we interact, communicate and learn about the Web on a day to day basis."

"Web languages are not yet perfect for every situation," she admits. "But the more people we get involved in the open community, the quicker those kinks get ironed out."

One of the key ways that these skills are being promoted is through programmes like the UK's Year of Code'. Running throughout 2014, the project coincided with the introduction of coding to schools for the first time, and despite some criticism, Thorne approves of the idea.

"Initiatives like Year of Code' are great for building awareness and getting people involved in programming, especially younger kids. There's definitely an appetite to learn and a growing recognition of the value of a skilled programmer."

However, she says that drives like the Year of Code should not just be aimed at children, stating that "just as importantly, there is a need for all citizens to have the digital skills they need to participate fully online."

"If we can get kids interested at a young age and nurture their enthusiasm through to GCSE, A-Levels and even beyond, we will be seeding the UK with a much needed supply of next generation programmers and even more importantly, of empowered digital citizens."

It's also essential to ensure that potential coders have the proper tools to experiment. One of the primary drivers of the home computing boom in the 1980s was the cheap and readily available BBC Micro, which allowed a whole generation to explore writing their own programs.

Hoping to make lightning strike twice, the BBC is now producing a successor, the BBC Micro:Bit, which aims to provide more children with access to computing hardware. Thorne views this as a good step towards getting people interested. 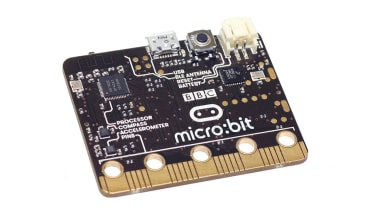 "The BBC Micro:Bit is an excellent avenue for kids and amateur programmers alike to start learning the basics of coding and programming," she says, "especially as it rolls out in schools later this year."

According to Thorne, however, the best tool for getting kids engaged with computer science isn't a device like the Micro:Bit, or even digital at all: "The most important resource for teaching code is educators."

"A passionate and talented teacher can make the process hands-on and relevant to each individual learner. We've seen educators teach code with both pad and pencil and traditional code editors as long as the teacher is talented, any medium can work."

It's not just about programming either Thorne claims that children must be taught all the other key technology skills surrounding software use and development.

"A talented educator can teach other critical 21st-century skills, too. Today, coding isn't enough - web users need to understand the web holistically. This requires teaching the basics like differentiating between a browser and an app and the more complex, such as the nuts and bolts of open source."

That's not to say that students or anyone else can't use online tools to teach themselves. Thorne is quick to point out that Mozilla has put a great deal of effort into creating a network of resources that anyone can access.

"For example, learners can visit the Mozilla Developers Network "Learning the Web" section, or try Thimble, our educational code editor. We're also very proud of our curriculum to teach web literacy, including Javascript, to young people."

"A friendly community and intuitive tools go a long way", she says.

The UK is attempting to make its mark on the global IT stage, with the companies of London's Tech City aiming to take the tech start-up crown off California's Silicon Valley. Competition is fierce, and Thorne discusses what she thought about the UK's the coding landscape compared to other countries.

"There are a number of benchmarks to measure how well the UK and other countries are doing in terms of general coding ability and growing communities," she says. "Perhaps the two most prominent strength indicators are changes in education and an increase in public attention."

"The UK has done well to cement programming as part of the 2014 curriculum. There are also extra-curricular programs like Coder Dojo and Code Club, and for more mature users, there are various free online independent resources like Codecademy and Code School." 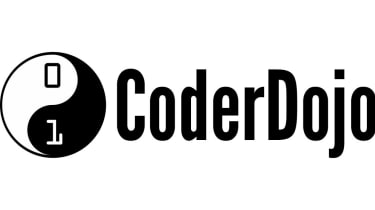 "The media reception to all of this has been fantastic, especially with campaigns like the Hour of Code a global movement which saw a lot of support from UK organisations who arranged hour of coding tutorials as well as Mozilla's Maker Party, the Make Things Do Stuff coalition with Nesta and Nominet Trust, and the BBC's Make it Digital campaigns."

Coding is becoming increasingly important throughout education in Europe, so "for future generations in the EU, the UK seems to be on par", she believes.

Building a strong community around the industry is also vital, Thorne tells IT Pro, and the industry needs to ensure that new coders are adequately supported and encouraged.

She says: "Educational programmes are important, but contributing and asking questions in communities are also key to learning from other people's experiences. Working with others will help to keep amateur programmers focused and on track with the key coding principles."

Diversity within the IT industry is a hot topic at the moment, and Thorne believes that it is also something that needs to be examined in order for the UK coding community to further progress.

"An organisation simply saying they're committed to inclusivity isn't enough, no matter its sincerity," she claims. "You need an organisational approach; one which includes workshops, trainings, tools and coaching and actively works toward a more diverse community."

Thorne also asserts that instilling these values at a grass-roots level during education could have great benefits. "When we make issues like inclusion and unconscious bias part of our DNA, we become a much more welcoming place," she says. "We should be a community of makers and learners of all stripes."

The future of open source

As a company founded on open source principles, it's unsurprising that Mozilla views open source technologies and attitudes as critical for the future of hobby computing.

Thorne says: "Hobbyist developers can take advantage of alternative architectures when developing so that all data is not kept in the hands of a few central companies. We'd like to encourage the enthusiast developers to keep helping one another by keeping it open, transparent and collaborative."

Mozilla's view is that when educating future generations, enshrining the internet as a free, fair and open resource should be paramount, in order to ensure they continue to uphold these values.

"When we're teaching code, privacy, and other web literacy skills to students, we should be teaching the importance and power of open source, as well. Open source practices cement the Web as a global public resource this is something everyone should know," explains Thorne.

"By getting actively involved with an open community, developers can mature and feed off of one another and ultimately produce increasingly innovative technology."