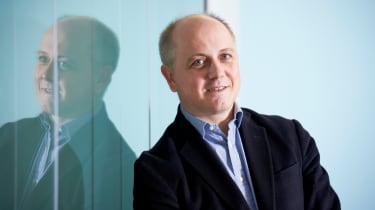 Tim Kelsey has resigned from his post as national director for patients and information at NHS England to take up a new role in the private sector.

His departure comes as the controversial care.data plan to share patient details between GP surgeries hit more rocky ground this month, with health secretary Jeremy Hunt hitting the pause button on pilot trials across the country, ordering the NHS to come up with a new opt-out scheme for patients.

Kelsey joined NHS England in 2012, following one year spent as executive director of transparency and open data at the Cabinet Office's efficiency and reform group after helping to set up NHS Choices, the health service information website, in 2006.

He is most associated with the controversial care.data plan, which aims to collect patient data from GP medical records on a monthly basis and share it with the national Health and Social Care Information Centre (HSCIC) in a bid to help NHS England better plan services.

But the scheme ran into trouble when patient groups and GPs said the data collected could identify individual patients, and the opt-out system is currently being reviewed by Dame Fiona Caldicott, the National Data Guardian.

The Major Projects Authority tagged the care.data scheme with a red' status in June, the worst possible rating following several failures, including the revelation in February 2014 that 47 million NHS patients' medical data was sold to insurers by the Institute and Faculty of Actuaries.

It has consistently suffered criticism that it had not convinced the public that their data would be safeguarded, but Kelsey has argued that data collection is "morally right".

He said in a statement that it had been a "privilege" to work for NHS England.

"Together we have made the case for a digitally enabled NHS in which patients are encouraged to participate. Over the past three years, we have made significant progress on turning that aspiration into reality," he said.

"The decision to leave has been one of the hardest I've made, but I'm going to fulfil an ambition that will come as no surprise to those who know me well to develop next-generation digital services for patients and professionals that I hope will help all of us take more control of our health and care."

Simon Stevens, chief executive of NHS England, said that Kelsey had "brought his infectious energy and creative expertise to the vital drive for open, transparent and technology-enabled health services".

"It's no surprise that other countries now want to emulate that success, so as the NHS moves into the implementation phase of the strategy Tim has helped craft, we wish him every success as he shifts gear to working in Australia and internationally.," he added.

Kelsey finishes his role at the NHS in December before taking up his new role in July of next year.