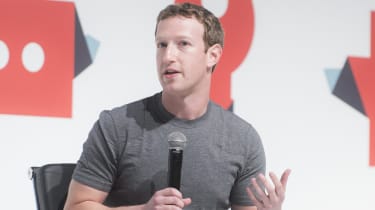 Facebook plans to bring the internet to refugee camps, believing technology can help them access aid and keep in touch with family.

CEO Mark Zuckerberg confirmed his company would work with the UN High Commissioner for Refugees (UNHCR) to bring connectivity to camps of people emigrating from countries hit by conflicts, such as Syria.

"In the short term to address the current crises we will be working with UNCHR to bring the internet to refugee camps," Zuckerberg said at a UN forum in New York.

"Connectivity will help refugees better access support from the aid community and maintain links to family and loved ones," he added.

The measure was announced as part of a new five-year campaign to bring internet access to everyone in the world.

The Connectivity Declaration, started in association with global advocacy group the ONE campaign, also has support from the likes of Bill Gates and Wikipedia co-founder Jimmy Wales, and forms part of the UN's aim to lift everyone out of extreme poverty by 2030.

"We need to work together to make connecting the world a priority for everyone, from governments and industry to civil society," said Zuckerberg.

The news comes after Facebook's own free web initiative for poorer countries, Internet.org, was rebranded as Free Basics last week following controversies since its launch in 2013.

Zuckerberghas describedthe initiative as an "on ramp to the internet" for disadvantaged people, particularly targeting emerging markets.

He also said: "One thing I think it's easy to take for granted is that most people do not have access to the internet. It's 2.7 billion [with internet access] and it's growing slower than you'd imagine."

But the project has been criticised for fostering a two-tier internet by digital rights campaigners because the service would currently only offer certain websites on a free basis, with users required to upgrade for full access to the web.