Are VCs edging women out of our tech revolution? 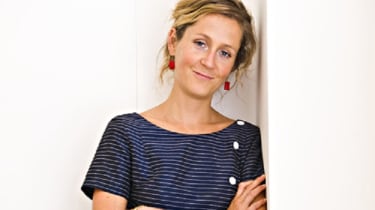 Women are being shut out of the modern "industrial revolution" due to unconscious bias among venture capitalists, according to technology entrepreneur Martha Lane Fox.

Speaking at the Cheltenham Literature Festival (via Telegraph), Baroness Lane Fox expressed disappointment that the internet has not empowered women in technology, and instead could be said to have had the opposite effect.

"I think it is really profoundly important because this is where the industrial revolution of our time is. If women are absent from it I think we will go back in time."

Many stories of women finding it difficult to secure a position in the tech industry have hit the headlines this year, perhaps most notably Reddit's first female CEO Ellen Pao, who resigned from her position following abuse from the site's users.

In fact, government data has revealed that there are fewer women working in the industry than ten years ago falling seven per cent between 2002 and 2012.

Lane Fox, who co-founded Lastminute.com, continued: "I am perplexed by this as I genuinely thought the internet would be an empowering tool for women. There is a cycle of behaviour in the venture capital community which I don't think is overt[ly] sexism, I think there is some, but I don't think it is the only reason but there is a lot of unconscious bias.

"I think there is a lot of different angles in the chain and I think it is incredibly important to understand with real data why that is happening. I am optimistic because I think there are a lot of things that we can do that is imaginative to get women and girls into the sector right now."

According to a recent survey from Skillsoft, two-thirds of the 450 professionals surveyed cited work-life balance as the biggest challenge for female tech workers. In response to some of these issues, the talent management firm launched the Women in Action leadership programme.

"The opportunity for women leaders in the workforce has never been greater," said Priti Shah, VP of leadership product strategy and corporate development at Skillsoft.

"The Women in Action leadership programme makes the learning and development process a continuous one that is easy and impactful for women by inserting micro learning opportunities into their everyday work schedule."