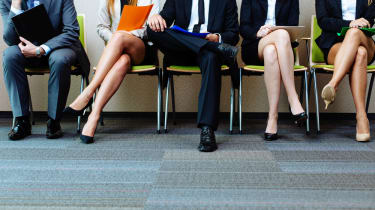 Over 2 million skilled workers will be needed by 2020 in order to fulfil the UK's digital potential, according to new research from O2.

The research, conducted by Development Economics, indicates that 47 per cent of new jobs in the digital sector will be in London and the South East of England. To encourage businesses and citizens outside of the capital to likewise take advantage of opportunities, O2 has launched a Digital Communities pilot in St. Helens.

Following post-recession recovery of the labour market, 766,000 jobs are still projected to be created in the next five years, providing the UK with potential growth.

Yet most of the benefits of the digital economy are expected to remain in London and the surrounding region with nearly half (47 per cent) of new positions based in the South East. The next highest levela meagre 8 per centof job creation is predicted in the North West and East of the nation.

At the launch of the O2 and St. Helens Digital Communities pilot, Ben Dowd, O2 Business Director, voiced concerns about the concentration of opportunities in the South and the economy's digital immaturity, despite the encouraging prospect of job creation.

"We're committed to playing our part which is why we've launched an ambitious partnership with St Helens Council to show other communities what's possible when they put connectivity at their heart," he said.

"We're helping analogue businesses go digital; matching local companies with the digital talent on their doorstep, and supporting the Council to offer more digital services, to create a blueprint for other communities up and down the country. We're working towards a more Digital Britain, where the entire nation can feel the benefits of the UK's growing digital economy and we're starting in St Helens."

The Digital Communities pilot has been created to show how connectivity can have a positive impact in communities across the country. The project intends to help at least ten analogue businesses convert to digital technology, match tech-savvy young people with their local businesses for mutually-beneficial partnerships, offer 60 grants to the area's young entrepreneurs, host a community hackathon, and organize over 60 workshops to inform the public on technology relevant to them.

The Digital High Street Index, created in March by O2 and the Department of Communities and Local Government, will be used to track changes in digital engagement and connectivity in the area and polling of businesses and citizens alike will be conducted to gauge the community's responses to the initiative.

Barrie Grunewald, St. Helens Council Leader, said, "Raising our digital profile will not only boost our commercial and employment prospects, but help to connect our communities and deal with issues like social isolation.

"This is a tremendously exciting project that will hopefully whet the appetite for greater involvement with technology among our young people, older people, businesses, agencies, and other institutions. There are plenty of opportunities and I would encourage everyone to embrace them."

A report published in 2013 predicted that there would be 750,000 new digitally skilled jobs by 2017, but that number has since been reassessed to 1.1m due to growth within the British economy.