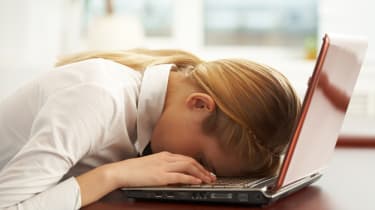 The gender pay gap is alive and well in the technology industry, with new figures released on Ada Lovelace Day revealing a worrying difference between the amount men and women are paid.

Women can expect to earn as much as 32 per cent less than their male counterparts in the tech sector, with C++ senior developers who are men earning 82,000 a year compared to 56,000 for women.

This is followed by a 23 per cent pay gap between male and female senior managers, with men earning 83,000 compared to 64,000 for women, according to the figures from salary data site Emolument.

In fact, thought female CTOs actually earn three per cent more on average than their male counterparts, the ratio of who holds this job title is 15 to one in favour of men.

The figures come from the crowdsourced data of 1,352 IT professionals across the UK, released by Emolument today on Ada Lovelace Day, an event that is meant to mark the achievements of women in science, technology, engineering and maths.

Emolument co-founder and COO, Alice Leguay, said: "These figures ... focus not only on the pay gap in IT but also the dearth of women involved in the sector altogether. In order to tackle the issue at the root, girls should be encouraged to pursue IT related subjects at school in order to break down a common perception that IT is a masculine prerogative."

She added: "Hopefully, women's involvement in web development is only the start of a more radical change in perception."

Speaking to IT Pro recently about the industry's gender problem, Denise Hudson Lawson, enterprise learning architect for Pluralsight, said: "There's a lot of expectation on women in male-dominated industries to deliver, but [more] often than not this pressure can come from themselves.

"Women often suffer from Imposter Syndrome' and without a support system in place these women continue to underestimate their potential to achieve great things. It simple cannot continue."

Lawson believes the right mentor can help women achieve their goals of working in tech, with networking and coaching great ways to build confidence and gain valuable contacts.

Many schemes are available, with Apps for Good, Tech Partnership and Capgemini recently joining together to launch the TechFuture Women's Network, designed to help female role models in the industry change perceptions and build a more diverse workforce.

Michelle Perkins, director of the schools outreach programme at Capgemini, said: "If we're to attract talented young people into tech careers, we need to start early, so working with school age children is vital.

"We know that nothing is more powerful for young people than seeing real-life success people who are clearly having enjoyable and worthwhile careers so we hope that female tech specialists will jump at the chance to act as role models."

The TechFuture Women's Network asks women already working in technology roles to promote the range of career options in schools across the country.

There is also the Apps for Good Expert Community, which offers mentorship to students developing ideas for apps, and TechFuture Girls clubs, which have been running since 2005 with more than 150,000 participants to date.

In a recent interview, entrepreneur Baroness Martha Lane Fox commented on the internet's failure to empower women, saying that they are absent from fields such as product design, coding, engineering and venture capitalists.

"I think it is really profoundly important because this is where the industrial revolution of our time is," she said. "If women are absent from it I think we will go back in time."

Avanade and The Aspire Foundation recently partnered up to help more than one billion women break into the digital sector over the next five years, pairing volunteers with participants from around the world.

"Imagine if Ada Lovelace hadn't believed in herself," added Pluralsight's Denise Hudson Lawson. "We'd be short of one amazing role model to help remind us how accomplished women are. Remember, that role model could be you."