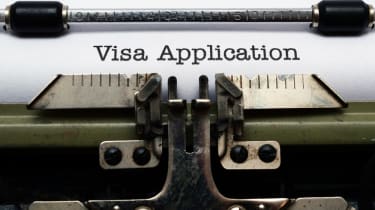 Tech City UK today made it easier to for start-ups to hire migrants from outside the EU, but critics said enterpreneurs' access to global talent remains at risk.

Eileen Burbidge, chair of Tech City UK and partner at Passion Capital, said: "Engaging with the digital business community to ensure the government is offering practical support to accelerate company growth is what Tech City UK is about, and these revisions to the visa programme address the highest priority for all company founders that of growing and scaling a business with the best talent from around the world."

Under the scheme, businesses will be able to fast-track recruitment of foreign workers with expertise in scaling products internationally, while it will also be easier to employ people with 'exceptional promise', defined as individuals that are highly skilled in areas with a specific talent gap.

Seven cities comprising Tech North - Hull, Leeds, Liverpool, Manchester, Newcastle, Sheffield and Sunderland - will also be able to fast-track non-EU recruitment, with these cities typically having access to a smaller pool of talent than areas like London.

Lastly, groups of up to five people from outside the EU will be able to apply at once for job roles at UK start-ups, enabling firms to bring existing teams' skills, dynamics and track records into their own ventures.

Start-up body Coadec welcomed the announcement, but executive director Guy Levin said the ongoing review of Tier 2 visas is still in danger of restricting the UK's access to global talent.

Levin told IT Pro: "This is a welcome announcement and a big improvement to the Exceptional Talent visa. Tech City UK have listened and responded to the need of start-ups. The scheme previously struggled because of too tight eligibility criteria and poor publicity, both of which are being improved.

"However, it's important to remember that the Tier 1 route is tiny compared to Tier 2, which [is] under review at the moment and likely to be squeezed further. So while this is a positive step today, the bigger decision is yet to come."

Coadec launched its #SaveSkilledMigration scheme to fight back against the government's review of the Tier 2 visa, with the Migration Advisory Committee (MAC), a group of independent economists, considering raising the salary threshold, restricting roles that are eligible under the visa, limiting the time a role can be classed as a role with a skills shortage, imposing a new skills levy and restricting the rights of dependents.

Head of policy Charlotte Holloway said: "It's good news that the government and Tech City UK have listened to [the] tech community and the changes to the Tier 1 exceptional talent are a positive step. Tech companies need a smart migration policy which helps scaling companies access the talent they need to grow.

"The tech community will be pleased at this development, but wider questions remain on the government's current proposals to reform the Tier 2 visa scheme for skilled workers on which many tech companies depend."

Up to 1,000 Tier 1 visas can be issued each year by the government, and Tech City UK can endorse up to 200 of them, but the Tech Nation Visa Scheme comes after the organisation suffered criticism for awarding only seven visas since it was granted the powers to do so, according to Techworld.

Tech City UK today told IT Pro that 17 out of 19 applications for the original iteration of the Tier 1 Exceptional Talent visas were endorsed. It now predicts "considerable interest" in the Tech Nation Visa Scheme going forwards, and the new measures will apply from November 12.