GitHub: Learning code is as creative as learning music 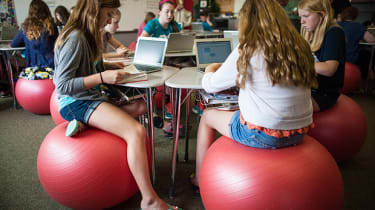 Learning to code is as much a creative pursuit as a technical one, with a correlation existing between software developers and musicians, according to GitHub.

The open coding platform, which allows people to work on millions of software projects, believes schools should teach programming as a problem-solving tool, and has released its own software called Classroom for GitHub to help teachers send pupils coding assignments.

"It's because software development is a creative pursuit, you need to be able to figure out solutions for problems. There's the technical aspects of it, for example you need to know how to read music, your notes, how to compose, the ins and outs of the rules and the foundations, and the same would be true of computer science."

Classroom for GitHub is mainly used in universities, but children as young as 13 can also use it as part of their secondary school IT education.

The tool lets tutors send programming assignments to students with unique invitation URLS, and students can then work on their own or in groups using public or private accounts.

It builds on the company's Student Developer Pack already available to students studying software development, and Britton believes that by providing GitHub kit to the classroom, students and pupils can learn practical skills they can apply to the workplace.

The tool's release comes amid a renewed focus on encouraging pupils and students at school and university to take up STEM subjects, with the last government overhauling the ICT curriculum last September to introduce programming to it, while the GCSE in Computer Science will be updated in 2016 to put more emphasis on coding.

Mark McCuster, CEO of EdTech start-up Texthelp, has claimed that it is more important for teachers to come up with strategies for how schoolchildren can apply technology in the real world, rather than understanding the technology themselves.

When asked whether coding should become a compulsory subject of its own in schools, Britton said: "Anyone who's trying to solve a problem that can be solved with software will benefit from knowing how to write code, think analytically about the problems and even if they're not programmers themselves at least have an understanding of what's possible."

However, a recent study from Go ON UK revealed that more than 12 million UK adults lack basic digital skills, and the growing skills gap within the tech industry has been frequently blamed for a lack of innovation.

In the UK, many organisations have pushed for ICT skills to become a bigger part of the school curriculum but, speaking to IT Pro, Mozilla's director of web literacy programmes, Michelle Thorne, said that coding is just one element of a much wider skillset, adding that teaching should go beyond the simple learn to code' philosophy.