London IT roles down while the north leads the way 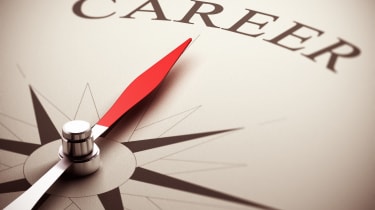 A report has revealed the number of IT roles advertised in London has decreased over the last quarter, while Glasgow, Manchester, Leeds and Bristol proved to be IT hotspots.

Out of the 52,000 IT jobs advertised across the UK between July and September 2015, the number of jobs based in London reduced by eight per cent, while job posts related to the field in Manchester, Leeds and Bristol increased.

However, Glasgow proved to be the market leader, advertising nearly twice as many IT-related jobs in the quarter than in London, thanks to its digital transformation drive in financial services.

"Since the start of the year, the proportion of roles advertised in Tech Cities outside of London has been on the rise," Geoff Smith, managing director of Experis Europe said.

"In this quarter nearly one in every three jobs we've analysed is now being offered outside the UK's tech capital. This has been the dominant trend through 2015: a country invigorated by positive economic sentiment to hi-tech skills. Efforts related to government's Northern Powerhouse initiative are set to further support this trend."

"Contract roles are being used to coax flexible, short-term workers in at attractive rates," Smith said."With specialists and rare skills in high demand, more companies everywhere are opting for contract resource to fill pressing needs as well as to cover seasonal holidays. Candidates also prefer contract roles when the market is buoyant, as fewer of them are seeking the safe harbour of a more secure permanent role."

The research revealed big data jobs paid the most money, with higher rates offered in Birmingham and Edinburgh compared to London. The cloud wasn't far behind, though, with an average salary of 53,430 and day rates of 453.

"Emerging technologies always result in rarer skills and increased demand," continued Smith. "Cloud is rapidly becoming a vital component across businesses of all sizes, accounting for the high demand."