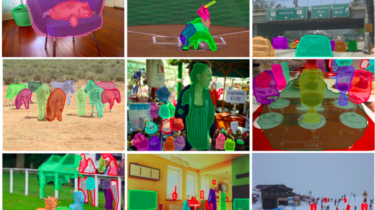 Part of Facebook's research involves an advanced object recognition feature which is able to segment and distinguish between different objects in a photograph.

The research team has also been working on natural language understanding with Memory Networks (MemNets), designed to read and answer questions about short texts.

MemNets technology will be integrated with the new image recognition software, allowing users to ask about the contents of a photo.

"But if we can get them right we will be able to build systems that are smarter and more useful, enable developers to create immersive new experiences, and make it possible to connect everyone in the world."

Alongside these developments, researchers have created a system capable of predictive learning, able to watch a series of visual tests before predicting the outcome of blocks being stacked on top of each other (falling or not falling) correctly 90 per cent of the time.

FAIR has also been working towards thwarting the game, Go, which AI players have so far failed to master, with a bot that is already at the level of a "very strong human player". The bot relies on a pattern-matching system built by Facebook's computer vision team.

Earlier this year, Google launched its Deep Dream image recognition tool, originally created to research artificial neural networks and provide new insight into image classification and speech recognition, but later released for public use. People were then asked to submit the often bizarre results produced by the software.