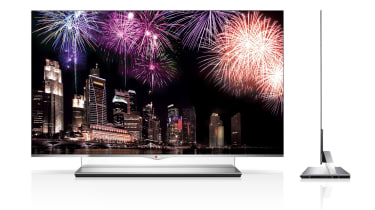 The plant, called P10, will start construction in Paju, South Korea next year and will make panels, not just for large TVs, but also smartwatches and in-car displays. Displays are expected to roll off the new production lines sometime in 2018.

Dr. Sang Beom Han, CEO and President of LG Display said the plant would "not only help expand the OLED market but also accelerate the development of future display technologies."

"With the active support of the Korean government, we believe the P10 plant will become the centre of the global OLED industry."

According to Japan's Nikkei Asian Review, the new plant is also being built with the expectation that Apple will adopt OLED technology in its iPhones and iPads. The report said that Apple was consulting with display manufacturers in order to find stable and secure sources of OLED screens for its products. Currently, only the Apple Watch has an OLED screen. The publication failed to give any details on the source of the claims.

Another report from the same publication also said that rival Samsung is in negotiations with Apple over supplying OLED panels. The technology offers better power efficiency, contrast and deeper blacks as each pixel doesn't need to be backlit.

According to analyst Ming-Chi Kuo of KGI Securities, Apple won't adopt the technology until 2018, according to a report by Apple Insider.