Why Tim Cook's Chromebook jibe was about Apple, not Google

Is Apple CEO really "out of touch" for calling cheap laptops "test machines"? 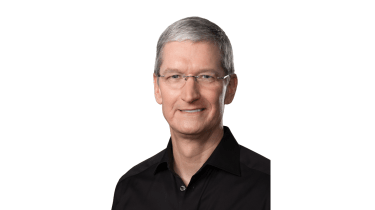 "We are interested in helping students learn and teachers teach, but tests, no. We create products that are whole solutions for people - that allow kids to learn how to create and engage on a different level," he said.

Usurprisingly, he has come in for serious criticism over the comments, with educational technology provider Neverware saying Cook's comments show he is "out of touch" in an open letter (it is perhaps worth noting, though, that Neverware facilitates the use of Google services in the classroom).

But is this really just Cook having a snipe at Google?

In my opinion, no. Firstly, most of Cook's comments on Wednesday were about the general state of education in the US, particularly the importance of coding and creativity, but also the need to adapt to the realities of technology now.

The second aspect is one of branding.

Chromebooks are cheap and cheerful laptops that perform a limited range of functions - that is their niche and there is no problem with that. In fact, if US statistics are anything to go by, they are actually very successful in this niche. If Apple were to try and compete with them at the same level, it would not only be strange, but potentially counterproductive to the success it has experienced in its own niche.

Cook's comments are a reaffirmation of Apple as a brand: a producer of high end, desirable, fashionable devices beloved of the creative industry, with a relatively closed ecosystem. You need only look at Apple's marketing strategy and partnerships for Apple Watch and the new iPad Pro, and its strategy in enterprise, particularly its relationship with IBM, to see this in action. I would have been more surprised if Cook said Apple was going to go toe-to-toe with Google and unveiled a bargain-basement laptop with limited functionality.

Is Cook bitter about Chromebooks' success in education? Well I'm sure he would like Apple to have a larger slice of the pie - what company doesn't want to increase its overall market share - but to see this as sour grapes is to miss the point.