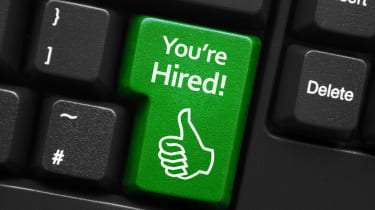 The BBC has announced the appointment of Matthew Postgate to the role of CTO, where he will be responsible for championing the organisation's digital strategy and technology operations.

His duties will cover the BBC's entire remit, including on-air, online and operational, to ensure the whole organisation is thinking tech-first and ensuring the TV licence payer's money is spent wisely on innovation.

Postgate has been promoted from his previous role as leader of the BBC's Engineering division. Before heading to senior management level, he was controller of BBC research and development and director of YouView.

His achievements include launching BBC iPlayer and boosting the BBC's mobile presence with the BBC Mobile campaign, encompassing apps and the mobile web experience.

The BBC's managing director of finance and operations, Anne Bulford, said: "Matthew is an outstanding leader and technologist who has been a key part of the BBC's Digital and Engineering teams for the past 12 years. Matthew will help to build a BBC with digital at its heart, and I wish him every success in his new role."

He will initially report to Bulford, but the role will be overlooked by BBC Director General Tony Hall when the entire organisation is restructured in 2016. At the same time, Postgate's role in BBC Engineering will cease to exist, alongside BBC Digital's director post.

Postgate added: "I am delighted to be taking on this role at such an exciting time for the BBC, helping to integrate the BBC's digital and technology divisions, and to make the BBC truly internet-fit for the future."

The BBC plans to merge its Digital, Engineering and Worldwide technology teams into a single department next year as part of its promise to deliver "an internet-fit organisation that is also a simpler, leaner BBC." It is hoping to save 150 million in costs across the organisation as customers flock to using an internet-only experience, meaning it's losing out on thousands of pounds worth of licence fees.