We look back on the biggest tech stories of 2015 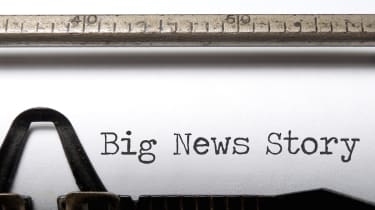 Microsoft announces a number of lay-offs and the UK witnessed a fairly business-friendly, but tech-light budget. Lastly, July also saw the end-of-extended-life support for Windows Server 2003, potentially causing headaches for a number of businesses.

August started off sadly with news that HitchBOT, a robot on a quest to find out more about human happiness, was found 'dead.'Carphone Warehouse was victim to a massive hack, in which the details of around 90,000 customers were thought to have been compromised.

In happier news, Twitter confirmed it was removing the 140 character limit for direct messages, much to the delight of wordy social media users everywhere. Google also morphed into an umbrella company called Alphabet (of which Google itself remains a business arm), which surprised the industry at large.

Much the same as every year,September was iPhone season. Wisely, most other manufacturers avoided trying to compete for attention during this period and steered well clear of releasing or announcing any new products.

The launch of theiPhone 6swas all anyone seemed to be talking about, with rumours, speculation and think-pieces everywhere.

Apple's event wasn't just about the iPhone. We also got a newiOS version, an updated iPad Mini, and best of all, the thing for which fans had been crying out for years:the large-footprint, stylus-enabled iPad Pro.

Once September's Apple-mania died down, Microsoft finally broke cover to announce a round of new products. Along with the anticipatedSurface Pro 4and updatedLumia handsets, there was also the announcement of a first-party laptop the Surface Book and further information on the company'sHoloLensheadset.

Government IT legislation was another main theme of the month.The widely controversialCyber Security Information Sharing Act (CISA)was ratified by the US Senate, drawing fire from tech companies and privacy advocates alike.

On this side of the pond, it was ruled that the Wilson Doctrine which was introduced to protect MPs phone conversations in 1966 no longer covered calls, texts and emails, meaningGCHQ can now intercept MP's private communications if they deem it necessary.

November saw one of the tech industry's former titans came back from the dead BlackBerry actually released a decent smartphone. The Priv paired a full 5in touchscreen with a sliding physical keyboard, and the switch to Android meant that it wasn't a colossal pain to use.

The Raspberry Pi Foundation also grabbed headlines byreleasing a computer that was both smaller and cheaper than ever before. So much so, in fact, that the Raspberry Pi Zero's manufacturer strapped a free unit to the front of its official magazine, which promptly sold out in less than a day.

However, a shadow was cast over November for all by the terrorist attacks on Paris. These attacksdrew the ire of Anonymous, causing the group to accelerate its online campaign against ISIS.

Many gamers remember the dismay they felt last December, whenhackers from Lizard Squad forced the Xbox Live and PlayStation Network servers offline over Christmas. History threatened to repeat itself this year, as agroup calling themselves Phantom Squad' promised to carry out a similar attack.

High-profile hacks and data leaks from companies such as VTech and Barbie maker Mattel also provided a stark reminder over Christmas that, in an age where evenchildren's toys are connected to the internet, data privacy and security is more important than ever.