The biggest technology of 2016 is already here

We don't need to wait for the next big thing as it's already here, according to Alan Lu... 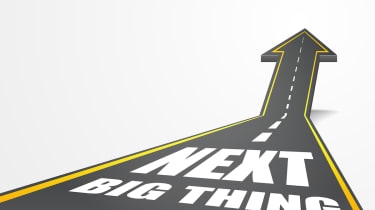 People think that IT moves incredibly quickly and, in many ways, it does. The laptops, PCs, servers and smartphones of today are an order of magnitude more capable than their equivalents of just two years ago, never mind five years or a decade ago.

But for many, technology doesn't move fast enough. The rapid rise and rise of IT means more and more people want'The Next Big Thing' now.

The problem is that 'The Next Big Thing' is in short supply with many of the vaunted new technologies of 2015 not quite living up to their billing. Smartwatches haven't been the mass-market success everyone thought they would be. Convertible, detachable laptop-tablet hybrids continue to be only modestly popular, at best. Connected home IoT products remain the preserve of early adopters. Big data is, for the most part, only really available to big, deep pocketed multinationals.

The fault doesn't really lie with hardware makers and software developers though. It's that our expectations have become a little unrealistic. The very first PCs of the late 70s and early 80s changed the course of history. The World Wide Web upended our economy, our social interactions and our culture in profound, on-going and unexpected ways. The iPhone andits imitators dramatically shifted the way we access the internet by putting it in our pockets giving rise to, for better or worse, services such as Uber and Tinder.

These sort of profound changes only come along every few years - perhaps once or twice a decade. But our voracious, novelty-demanding mindset now petulantly demands and expects such dramatic shifts every year, which is not realistic or sustainable.

I, therefore predict, bearing all this in mind, that the biggest technologies of 2016 will merely' be better versions of what we already have. Science and technology move in juddery, gradual stops and starts rather than the dramatic leaps that the redtops and blacktops would have you believe. So don't expect dramatically longer smartphone batteries orsuddenly more reliable, faster broadband in the deepest, darkest rural shires. Faster processors, better quality cameras, more versatile ports, improved software and more reliable services are small but no less important gifts that we shouldn't dismiss or take for granted.

Unless someone invents the transporter, the first quantum PC or mass market neural-controlled VR systems indistinguishable from real life in the year ahead. In which case I will look really silly and all bets are off.