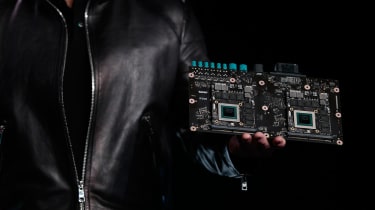 Nvidia has announced the latest step in its plan to supercharge self-driving cars at CES 2016.

Though mostly known for powering the cutting edge of PC gaming graphics, Nvidia is also aiming to use its GPU technology to provide the brains behind the coming revolution in automated driving.

Self-driving cars like the ones currently being tested by Google essentially work by covering the vehicle in sensors, then using sophisticated software to interpret and respond to the data from those sensors, according to traffic laws.

Early reports appear to show that this system is often better and safer than human pilots. For example, Google reports that in the six years since its autonomous car project began, its cars have driven over two million miles with only 17 minor accidents none of which, it claims, was the car's fault.

However, one of the major concerns leveled at driverless cars is the inflexibility of an automated system compared to a human driver. A vehicle needs to be able to dynamically react to split-second changes on-the-fly, such as a child running out into the road, or a vehicle rapidly swerving.

Nvidia is leveraging its considerable computational prowess to solve this problem, however. Its new Drive PX 2, successor to last year's Drive PX, is an in-car supercomputer', designed to react almost instantaneously to changes in road conditions. 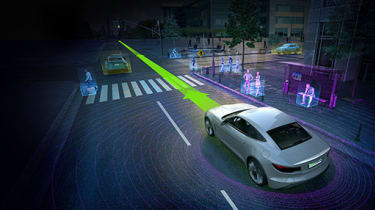 The PX 2, according to Nvidia, can take inputs from radar and lidar, ultrasonic sensors and up to 12 video cameras. It then stitches this data together to accurately identify where the car is, what's around it, and the best path to take for optimum safety all on a moment-by-moment basis.

In order to handle this vast number of processes and calculations on-the-fly, some seriously hefty hardware is required. As such, the PX2 has 12 CPU cores, powering eight teraflops worth of operations. Supposedly, it can even reach eight trillion general purpose floating point operations per second.

In fact, Nvidia claims that the PX 2 has the same amount of processing power as 150 MacBook Pros, and it's roughly equivalent to six of the company's whopping Titan X video cards.

Drive PX 2 also incorporates Nvidia's pre-existing experience with machine learning. The more experience autonomous cars build up through reacting to unexpected incidents, the better they will become at anticipating and reacting to other incidents in the future.

Volvo has announced that it will be the first major manufacturer to begin trialing the Drive PX 2 system, using it to power its Drive Me program. 100 Volvo XC90s, complete with inbuilt PX 2s, will be tested in fully autonomous mode on the roads around Gothenburg in Sweden, with semi-autonomous tests in other locations.

"Our vision is that no one should be killed or seriously injured in a new Volvo by the year 2020," said Marcus Rothoff, director of the Autonomous Driving Program at Volvo Cars.

"NVIDIA's high-performance and responsive automotive platform is an important step towards our vision and perfect for our autonomous drive program and the Drive Me project." 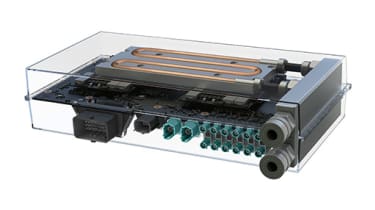 As a developer platform, the PX 2 is designed to vastly speed up the process of training SDCs for manufacturers. As part of this effort, Nvidia has developed a software package, called DriveWorks, to enable the testing and integration of autonomous systems.

"DriveWorks enables sensor calibration, acquisition of surround data, synchronisation, recording and then processing streams of sensor data through a complex pipeline of algorithms," the company said.

"Software modules are included for every aspect of the autonomous driving pipeline, from object detection, classification and segmentation to map localization and path planning."

Nvidia's Digits is a similar system for training and deploying the deep neural networks' that power artificial intelligence. Essentially, it allows car makers to funnel vast datasets into their SDC algorithms very quickly, and has already met with industry approval. 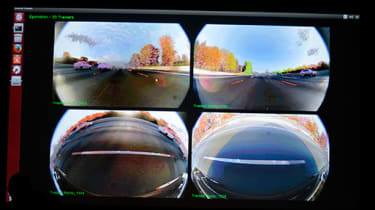 "While others invested years of development to achieve similar levels of perception with classical computer vision algorithms, we have been able to do it at the speed of light."

The technology is also being used by Daimler, BMW and Ford. BMW stated that it was "achieving excellent results", while Ford says using Digits "has allowed for a 30X enhancement in training pedestrian detection algorithms".

Not only that, but with Digits, any self-driving car using the platform automatically shares its data and experience with the cloud, meaning that every other Digits-enabled SDC also learns from it. If an autonomous car sees' a sudden crash on a road, for example, any self-driving cars that are approaching it will be alerted, and can reprogram their routes accordingly.

The Drive PX 2 system will be available to certain priority partners in Q2 2016, with general developer availability coming in Q4 2016.