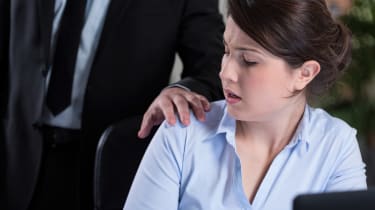 Nearly two-thirds of women working in Silicon Valley tech firms have experienced incidents of sexual harassment in the workplace, a new survey by Stanford University researchers has revealed.

Of the 60 per cent of women who had experienced "unwanted sexual advances", 65 per cent said these advances had come from one of their superiors, according to the Elephant in the Valley survey.

For half these women, such an advance had happened more than once.

One in three said they had been made to fear for their personal safety because of work-related circumstances, while 60 per cent of those who reported such harassment were dissatisfied with the course of action taken after reporting it.

The research asked over 200 women about their experiences, all of whom had at least 10 years of experience in the industry.

Two-thirds of participants had children, while 77 per cent were over the age of 40. As well as start-ups, women working at large companies such as Apple, Google and VMWare were also included.

But despite how common sexual harrassment is, many men were ignorant of such incidents happening, said the researchers.

"What we realised is that while many women shared similar workplace stories, most men were simply shocked and unaware of the issues facing women in the workplace," the authors wrote.

Many respondents gave accounts of their negative experiences, with one writing: "After a colleague made a (VERY unwanted) advance, I did not complain to anyone but I ensured that I never was alone with him outside an office setting. Not complaining was a mistake. The colleague later criticised me in a review as 'not putting in enough hours.'

"If I'd filed a complaint, his spiteful slap back at me would have been put in context. But I wouldn't have known whom to complain to or how."

Almost 40 per cent of victims admitted to doing nothing because they believed speaking up would negatively impact their career, and 30 per cent said they didn't report the incident because they "wanted to forget".

Other findings from the study shine a light on how family impacts women in the industry, the unconscious bias of male co-workers and how seeming 'too aggressive' or 'meek' can impact how people see them.

The majority of women (84 per cent) surveyed said they had been told in the past that they were too aggressive, and 66 per cent had felt excluded from key social or networking opportunities because of their gender.

"When I am with a male colleague who reports to me the default is for people to tend to defer to him, assuming I work for him," said one respondent. "As soon as they know that is not true they look to me. I have also had male colleagues say to me that once a woman is pregnant she is irrelevant."

There are fewer women working in the industry than there were 10 years ago, it was revealed last year, with numbers falling by seven per cent between 2002 and 2012. This may partly be down to a lower number of female students choosing to study STEM subjects at school and university level, thus gender-skewing the talent pool.

When asked about mandatory quotas possibly being introduced for technology companies, a panel of leading industry figures at the WISE Conference 2015 were split as to whether this was the best solution.

"Absolutely not," said Shashi Watson, from investment management fund Winton Capital. "It will only backfire. It's not quite time yet. There's going to be a stigma amongst those companies that would feel pressured, and the women that are employed there would feel like they're just being done a favour."