Tech North chief steps down after only six months in charge 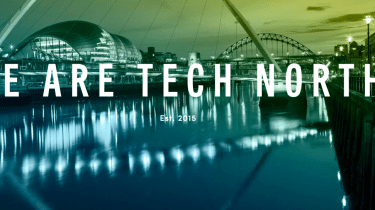 The head of Tech North is set to quit the organisation just six months after it was first created, an official blog post from Tech City UK has revealed.

"Having got the team off to a strong start, Claire Braithwaite has decided to step down as head of Tech North," the post read. "On behalf of the entire Tech City UK team, we would like to take this opportunity to thank Claire for all her fantastic work with Tech North."

The organisation, which seeks to promote start-ups based in seven cities around the north of England, has launched the Northern Stars initiative to identify digital talent, a Founders' Network to connect northern entrepreneurs, and been involved with the Tech Nation Visa Scheme since it formally launched in July 2015.

Braithwaite, whose appointment was first announced in March last year, said: "I'm very proud to have been at the forefront of the launch of Tech North, which is a vital initiative to ensure the continuing development of the tech ecosystem across the North of England. I will continue to support both Tech North and the technology sector in the North of England in my new role that I will announce details of in the near future."

The organisation is overseen by Tech City UK, a government-backed quango with a remit to promote start-ups across the UK, and which created Tech North to focus on Hull, Leeds, Liverpool, Manchester, Newcastle, Sheffield, and Sunderland.However, the project was publicly criticised by Labour MP Chukka Umunna, around thetime of its launch, who said the details fell short of government rhetoric.

When it launched in October, the Tech Nation Visa Scheme promised to bring more talent to the seven cities in the North of England. Under the revised rules, companies in these areas can fast-track non-EU recruitment.

"As we wish Claire well in her future endeavours, we want to take this opportunity to stress that Tech City UK's support for Tech North remains completely unchanged by Claire's departure," the post continued. "Tech North is a crucial priority for us and the UK Government and we have every faith that her awesome team will carry on the work so effectively initiated by Claire."

Tech North recently partnered with Liverpool Girl Geeks to provide fully-funded coding courses to women free of charge, alongside other workshops, demonstrations and talks from industry leaders organised through the project.