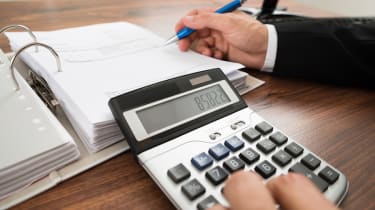 A man whose business was crippled by late payments has started a new company that helps SMBs name and shame clients who do not pay on time.

Chris Hawthorn was forced to effectively close his property marketing firm, Prosperity Overseas, after seven years in 2012, because of late payments.

He told IT Pro: "I could have been focusing on growth and instead I was focusing on chasing debts. I'd done my part, and just to be getting paid on time would have meant I could concentrate on attending exhibitions, taking on staff or [doing more] marketing campaigns.

"There were so many ways I could have utilised that money if I'd had it in on time but, instead, I was having to invest my own funds just to pay my suppliers, or borrow money on occasion just to keep my company afloat. I had to take those problems home with me, and it would affect every decision I made."

In the end, he took the decision to make his company dormant - a legal status where because it was no longer trading, it would therefore avoid paying corporation tax.

Now, Hawthorn has drawn on his experiences to launch PACT Scheme, a company dedicated to fighting back against the problem of unpaid invoices.

According to research from Bacs Payment Schemes, an overwhelming 76 per cent of UK businesses are forced to wait at least a month after agreed contract terms before being paid.

Of that total, 20 per cent of SMB directors even slashed their own salaries in order to keep their companies afloat.

On average, late payments cost SMBs 31,901 a year, with additional costs incurred by having to chase payments stacking up to 677 per month.

Still, SMBs fear that they may lose clients if they continue to chase unpaid invoices, choosing instead to overlook these debts.

Paul Johnson, owner of small business and IT consultancy firm DB Developments, said in his experience, the longer a gap between invoicing and getting paid, the harder it will be to get the money.

"On average, only 50 per cent of my clients pay on time and I've waited for almost six months for a 30,000 payment in the past," he told IT Pro.

"The longer a job is completed without payment, the more difficult it will be to get paid. It's important to build good relationships with your customers If you take the time to get to know them personally, both your usual contacts and the finance team, they'll be less likely to cause complications when it comes to paying you."

Martin Campbell, MD of fintech start-up Ormsby Street, added that SMBs should take a tougher stance on getting the money they are owed.

"Chasing for payment demonstrates that you run your business properly and if your customers relied on dodging their obligations as a matter of course, your company will suffer the more you do business with them," he said.

For 10 per month or 89 per annum (plus VAT), the company provides clients with mediators as a first port of call, followed by an option to name and shame companies that continuously refuse payment on Defaulter.com. Businesses will be able to notify clients of their involvement with PACT by including a logo on future invoices.

"PACT is designed to increase the chance of businesses recovering debts while maintaining customer relationships using pre-agreed procedures and implementing genuine repercussions for late payers," Hawthorn said. "With these consequences in place, it won't be long before late payment becomes a thing of the past."

Nick Goodall, owner of Detail My Car, is now using PACT for his own business after growing tired of chasing payments that quickly add up.

"As the owner of a small business, the age old mantra that time is money rings true," he said. "Therefore, time spent chasing unpaid invoices or even trawling through emails to see if a PO number has been sent is time which could be spent adding value to the business. Undoubtedly there needs to be more support for small businesses to help eradicate the pain of late payment."