Why SMBs must react to change quickly to flourish

Innovation and flexibility are as important as profit, claims entrepreneur 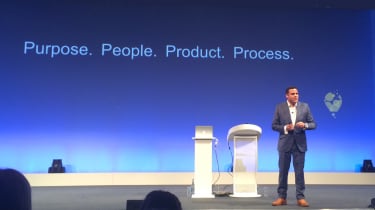 Small businesses must respond quickly to change, rather than risk irrelevance by ignoring it, it is claimed.

Jonathan MacDonald, an entrepreneur and the founder of the Thought Expansion Network, opened day two of accounting software firm Xero's annual conference, Xerocon, by relating his own experience of trying to build a traditional business in an industry that was changing.

MacDonald said: "I lost a huge amount of money on one of my small businesses, which was just destined for disaster - it was a really, really bad idea. I launched a TV channel at the same time as YouTube launched. Stupid."

MacDonald went on to give the example of the different ways in which Kodak and Fujifilm dealt with the appearance of camera phones, which rapidly disrupted their business models.

"When Kodak saw the first camera phone, their reaction was [to laugh]," he said. "Their competitor, Fujifilm ... established what their actual purpose was and they realised [it] was how to manipulate the damage that light has on material.

"They realised with that purpose they could get into any business [and] they launched what is now a 38 per cent market share leader of antiwrinkle skincare cream called Astalift."

MacDonald believes the pace of innovation in technology will only increase in future. "The change in the next five years will feel like the change of the past 20," he said.

"We need to start thinking totally differently. Yes cashflow is king, especially in small businesses - I should know. But we have to be able to innovate radically because [that] is far more profitable than not," MacDonald concluded.