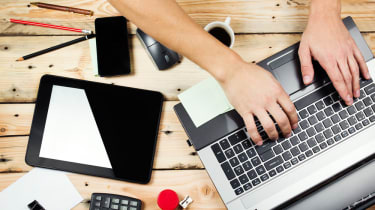 The government must ensure the UK remains open to skilled migrant workers if digital businesses are to continue their fast pace of growth, according to innovation charity Nesta.

Digital firms are growing 32 per cent faster than the rest of the UK's economy, according to Nesta and Tech City UK's 2016 Tech Nation report, released today.

This has led to the creation of 1.56 million jobs, with 41 per cent existing outside of digital-only industries in areas such as finance and the public sector.

But Nesta's director of creative economy in policy and research, Hasan Bakhshi, told IT Pro that skilled migrant workers play a critical role in filling these jobs and fuelling the growth of tech start-ups.

"Although the education system has a role to play in supplying talent, the truth is that it's a global market and there's a need for skilled labour wherever it comes from," he said. "We need all of the work that organisations like Tech City UK and the government are doing to ensure that the wider need of the migration system doesn't compromise the digital tech sector."

His comments come after the government's Migration Advisory Committee recommended last month that businesses pay an annual charge of 1,000 for every non-EU skilled worker they employ.

But the tech skills gap has been a growing problem within the industry for some time, and industry trade body techUK last year dubbed the previous government's immigration policy "dumb", saying foreign skills are necessary to grow the tech sector.

A 2015 report revealed that, though the demand for IT workers has rapidly increased, permanent roles have hit a low point due to fallout from the skills shortage.

And Bakshi said: "Time and time again when you survey tech entrepreneurs and start-ups in this area about the big priorities for them in terms of problems they want to solve, it is about skills.

"The government has a fundamental role to play in looking at how policy can support the supply of talent that's fit for purpose for these businesses."

Tech City UK recently introduced the Tech Nation Visa Scheme to make it easier for start-ups to hire migrants from outside of the EU, allowing businesses to fast-track recruitment of foreign workers with certain skillsets, particularly those with expertise in areas with a specific talent gap.

The organisation claimed today's Tech Nation 2016 report shows that the UK's tech scene is thriving, whatever challenges it also faces.

Gerard Grech, CEO of Tech City UK, said: "Tech Nation 2016 provides an unprecedented insight into the growing economic importance of the UK's digital businesses. This report demonstrates the extraordinary growth rate of the UK's digital tech industry, and its increasingly profound influence on established non-digital industries, such as retail and health."

Last year, a UK-wide skills map revealed that more than 12 million UK adults and 1.2 million SMBs lack basic digital skills, and that skilled workers are not distributed evenly across the nation.

According to Bakhshi, however, the this year's Tech Nation report shows that while there remains a concentration of digital talent in London and the South East, skills are flourishing in other areas too.

Although digital jobs are still heavily concentrated in the capital, with 328,223 roles, productivity based on sales per worker in Bristol and Bath (296,340) actually beats out that of workers in London (205,390) and the UK's highest digital salary growth is in Leeds, where it stands at 29 per cent.

"If you look at the UK economy as a whole, regardless of sector, and just see where it's concentrated, there's obviously a disproportionate amount of activity in London and the South East," Bakshi told IT Pro.

"What that means is that if you look at any sector there tends to be this concentrate, but what's interesting is that the digital tech economy is actually a bit more evenly spread than you might expect."