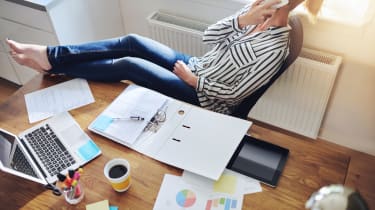 The gender pay gap in the UK will be tackled by new measures announced by MP Nicky Morgan, seeking to expose companies that fail to address inequality by forcing them to publish pay data.

Businesses with more than 250 employees will be forced to divulge their gender pay gap data, announced by Prime Minister David Cameron last year, as well as how many women and men are in each pay range. The government will then publish the information by sector in a league table that will highlight which industries treat female employees best and worst.

Nicky Morgan, minister for women and equalities, said: "In recent years we've seen the best employers make groundbreaking strides in tackling gender inequality. But the job won't be complete until we see the talents of women and men recognised equally and fairly in every workplace."

"That's why I am announcing a raft of measures to support women in their careers from the classroom to the boardroom, leaving nowhere for gender inequality to hide. At the same time, I'm calling on women across Britain to use their position as employees and consumers to demand more from businesses, ensuring their talents are given the recognition and reward they deserve."

To support this move, the government has announced a 500,000 support package to help businesses put the new regulations into practice. This package includes targeted support for male-dominated sectors such as STEM, and further action will be taken to tackle the lack of girls entering into subjects such as engineering at school.

A recent report explored the ways an "unconscious bias" against them can affect girls' perception of STEM subjects, with gender stereotypes pushing them away from careers in engineering and technology. Statistics published earlier this year also showed that five per cent fewer women studying at UK universities graduated with a STEM degree in 2015 compared with 2014, which equates to a drop of 6,000 people.

Helen Corden, legal director at Pinsent Masons, said: "These sector league tables will create a real risk of deterring the next generation of female talent from entering industries which they believe could prevent them getting the same recognition as their male counterparts. Businesses must take action now as it'll require significant investment on their part to eliminate misconceptions."

Last year, it was revealed that women can expect to earn as much as 32 per cent less than their male counterparts in some areas of the tech sector, and there is a 23 per cent pay gap between male and female senior managers.