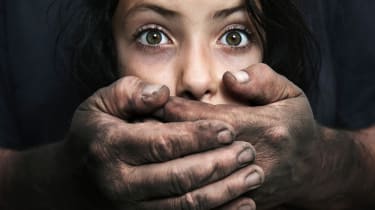 Paedophiles have been using Facebook's 'groups' function to share indecent comments and sexually suggestive images of children, an investigation by the BBC has found.

These groups are hidden from other users of the site by setting their privacy level to 'secret'.

This means that non-members can't see any of the group's content, and it won't appear in any searches. They also can't be joined without an invitation from another member.

The BBC found numerous examples of "obscene content", including some so shocking that they had to be reported to the police, the Internet Watch Foundation and the National Crime Agency.

"We have zero tolerance for child exploitation on Facebook," said a spokesperson. "This illegal behaviour is rare on Facebook but it is immediately removed and reported to relevant law enforcement agencies when it is detected."

"We believe that our comprehensive reporting system and community standards help make Facebook one of the safest places for people on the web," the company stated.

"We urge people on Facebook to use the reporting tools available on every page so we can investigate and take swift action."

However, it is reported that of the 20 images flagged by the BBC using Facebook's reporting tools, the site's moderators deleted under a quarter. In fact, more photos were taken down by the groups' users than by Facebook itself.

Facebook claims that it does everything it can to fight online child abuse. As well as maintaining a team of investigators who work with law enforcement agencies, the site also uses a system called Photo DNA, which scans every Facebook picture for child exploitation material.

The social network also provides a 'family safety centre', where parents and children can learn about how to stay safe while using Facebook.