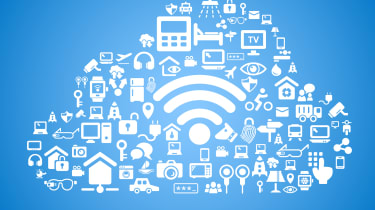 Almost all UK businesses are planning to invest in initiatives to prepare for the Internet of Things (IoT), new research reveals, with areas such as network infrastructure and capacity receiving the most focus.

This investment will also cover areas such as security, research and development, skills and personnel related to IoT, according to a research commissioned by cybersecurity specialist Webroot and data centre firm IO, for which 500 CEOs and senior decision makers across the UK were surveyed, the findings of which are presented in a newreport, 'IoT: Risk and Reward'.

Of those included in the research, 94 per cent of respondents claimed they will invest in preparing for the IoT over the coming year, with more than half (54 per cent) planning to recruit a chief IoT officer. Two thirds will increase investment in IoT projects by around 40 per cent.

Andrew Roughan, director of IO, said: "We're definitely seeing a move in enterprises. In recent years, we have seen a large and growing infrastructure investment to build digital infrastructures for the future.

"We haven't seen the tipping point yet in terms of how that has been utilised, the type of traffic and utilisation that will flow through both datacentres' network infrastructure and devices."

Investment has increased due to the expectation of 'tangible' results including increased revenue and competitive advantage, the research indicates, and 68 per cent of business leaders said they expect to enjoy these benefits following investment in IoT projects during 2016.

"There are some initiatives that can drive change quickly and deliver some customer-facing and online benefits, but this is about more than that - it's about defining the next era of the enterprise, beyond five or ten years," Roughan continued. "The infrastructure to support IoT needs some careful consideration, as typical enterprise-scale infrastructure investments won't enable the IoT to scale economically."

Security remains the top concern among businesses in relation to IoT, with 80 per cent of business leaders saying that security issues are impeding innovation. In contrast, only 27 per cent of companies surveyed are working to tackle this problem in preparation for a more connected business.

"The speed at which the cybercriminals innovate is generally faster than the speed at which enterprises can react," said John Sirianni, Webroot's VP for strategist partnerships and IoT. "The enterprise can only hire so many security professionals and they need to make sure that when they do, they invest in the best technologies, processes and training too."

Additionally, 72 per cent of businesses say there is a skills shortage related to IoT, and that this is preventing them from innovating effectively in the area.

Roughan added: "The fact is that everywhere you look, companies are preparing to reap the potential rewards that they see in the IoT regardless of their size, location or industry. However as the IoT evolves in the business world, the pace at which it does so will inevitably be governed by people with the right skills to make it happen."