Nokia isn't dying, it's going through another evolution 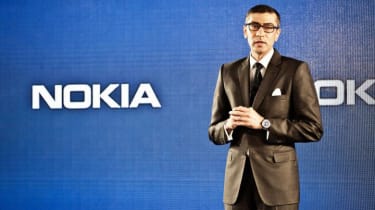 When journalists and bloggers write about tech companies that "got it wrong" in the face of an evolving market and paid the ultimate price, nine times out of ten Nokia will be listed a recent example.

Even its then-CEO, Stephen Elop, described Nokia in an internal memo as a "burning platform" back in 2011.

"Apple disrupted the market by redefining the smartphone and attracting developers to a closed, but very powerful ecosystem," said Elop in the memo. "And then, there is Android. In about two years, Android created a platform that attracts application developers, service providers and hardware manufacturers.

"Android came in at the high-end, they are now winning the mid-range, and quickly they are going downstream to phones under 100. Google has become a gravitational force, drawing much of the industry's innovation to its core."

He then wrote: "While competitors poured flames on our market share, what happened at Nokia? We fell behind, we missed big trends, and we lost time. At that time, we thought we were making the right decisions; but, with the benefit of hindsight, we now find ourselves years behind.

"We are standing on a burning platform. And, we have more than one explosion we have multiple points of scorching heat that are fuelling a blazing fire around us."

We now know, of course, what Elop's plan to put out the fire was: sell the Nokia devices business - what was considered the heart and soul of Nokia - to Microsoft and jump ship at the same time, apparently leaving what remained of the Finnish company as a dried-up husk of its former self.

And it would seem that, ultimately, Microsoft is slowly but surely calling time on that business too.

The only place not to see Nokia as a dying company is, apparently, Nokia. Yesterday at MWC 2016, CEO Rajeev Suri announced the firm's re-entry into the smartphone market (despite earlier denials).

This should not come as a surprise, nor is it to be sniffed at, because what so many commentators, and apparently Elop too, have failed to look at is Nokia's history of radical reinvention.

Over the past 150 years, Nokia has been at various times a wood pulp mill, a maker of rubber boots, a provider of electricity and telegraph cables, a manufacturer of gas masks, early entrant into the PC market and, of course, a creator of mobile phones.

This is not the profile of a company suffering from terminal inertia, but rather one adept at evolving in the face of a changing market.

There are even parallels between what happened to Nokia between 2010 and 2013 and another difficult period in its history exactly 20 years before when, in the early 1990s, Finland was hit by recession.

Struggling to grow, Nokia shed less profitable TV and PC divisions to double down on telecoms and drive international growth, eventually becoming the largest mobile phone maker in the world.

In 2016, despite the sale of its devices unit to Microsoft and the widely respected Here maps division to BMW, Daimler and the Volkswagen group, the company is far from down and out - it is entering a new phase of evolution.

The company has been strengthening its already-respectable networking proposition through the acquisition of Alcatel-Lucent in 2015 and making inroads into the burgeoning Chinese market through a networking deal with China Mobile and with its N1 tablet. Then came yesterday's announcement, that it plans to build mobile phones again as early as this summer.

We shouldn't lump Nokia in with the likes of Palm in lists of companies that failed to recognise market trends until it was too late.

Nokia really should be on the list of companies that have evolved rather than died, even if it has a tendency to do so in a rather unorthodox manner.