Manufacturing, professional services, retail banking and telecoms will benefit the most 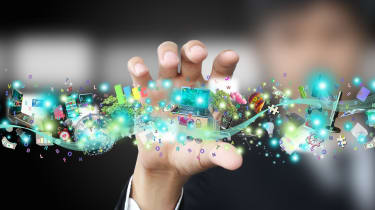 Big data analytics and the internet of things (IoT) are set to contribute around 322 billion to the economy over five years, according to economics think tank Cebr.

The figures for 2015-2020 come from research by the Centre for Economics and Business Research (Cebr) and analytics software firm SAS, and follow Cebr's 2012 research into the impact of big data on the UK economy between 2012 and 2017.

Mark Wilkinson, SAS regional vice president for Northern Europe and Russia, said: "The combined benefits of IoT and big data will fuel our economy like nothing else. The global environment continues to be in a state of flux, with only one thing certain that everything is changing.

"Just under half of UK businesses are not using any form of big data analytics, and those that are will sometimes be using it infrequently in just one or a few areas of the business. Less than one in three have adopted IoT."

Adoption of big data analytics alone is estimated to bring in around 40 billion a year to the UK economy until 2020.

Meanwhile, the cumulative value of data equity is estimated to be 241 billion, made up of 220 billion in efficiency savings, 12 billion from innovation and 8 billion from business creation.

The economic benefit of IoT will be similarly huge, the report found, with the technology expected to contribute 81 billion to the economy over the five year period. Last year, the estimated value of IoT totalled around 13 billion, expected to rise to 16 billion by 2020.

SAS said manufacturing, professional services, retail banking and telecoms would benefit the most, and IoT adoption is expected to rise from 30 per cent to 43 per cent across all industries.

Graham Brough, Cebr CEO, said: "Collecting and storing data is only the beginning. It is the application of analytics that allows the UK to harness the benefits of big data and the IoT. Our research finds that the majority of firms have implemented between one and three big data analytics solutions.

"However, the key is making sure those solutions are extracting maximum insight which is then turned into business actions. IoT is earlier in its lifecycle, and will provide more data for analysis in areas that may be new to analytics, reinforcing the potential benefits to the UK economy."