Investors focus too much on user numbers and want 'finished products', finds report 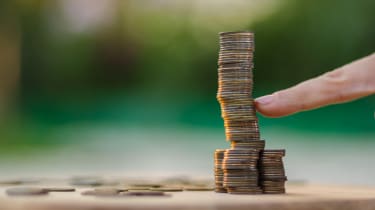 Start-ups are struggling to find the money to scale as VCs ignore them and invest in bigger companies, new research has found.

The hype around multi-billion valuations of the likes of Facebook, Snapchat and Uber instead grabs VCs' attention, according to the TechMutiny Insights report, meaning early-stage start-ups suffer from a lack of cash.

Joshua Davidson, founder and MD of learning apps firm Night Zookeeper, said that he was forced to use his company's own resources to launch the business, despite winning many tech pitch contests. He has now began a campaign for Series A round funding from VCs.

He said: "We're now used on five continents. We have 60 kids per school buying this although we're not experts in book publishing. We see a high level of enthusiasm for our brand. But I don't think many senior media and entertainment executives that we've spoken to have necessarily understood the full potential."

Henrik Eklund, founder of personalised video news service Newstag, told TechMutiny that investors need to reevaluate how they measure the success of a start-ups, with them currently focusing too much on user numbers. When these start to fall, he said, VCs tend to lose interest.

"The market, including myself, gets swept away by high numbers even though they're not relevant," he said. "That leads to a situation where you can have amazing numbers in the billions, which in the old media model would correlate to billions in dollars, but in reality is just an output that will continuously fall in value as the supply in endless.

"It is more valuable to have 1,000 people having a personalised experience than exposing your brand, message, value, to 18 million eyeballs."

Governments around the world want to emulate the success of Silicon Valley, the report stated, with digital technologies predicted to account for 25 per cent ($24,600 billion) of global gross domestic product by 2020.

Ciprian Borodescu, CEO and co-founder of Webcrumbz, the venture behind mobile publishing firm Appticles, said: "The difficulty rises when you are ready to get to the next level. What happens afterwards? I have been told there is a lot of money there, but not many start-ups manage to find it."

Investors are still in the transition phase, says UK tech entrepreneur Jonathan Chippindale, adapting to a fast-moving start-up scene based on risky ventures.

"Technology, by nature, is innovative and because it is new, brands don't have the tools to assess its value. Innovation means higher risks, despite the greater rewards. It can take only seconds to move on from something new just because you find it difficult.

"As a tech start-up, you need two to three years of R&D, and no one is going to support that. What investors want is a working prototype that can be inserted immediately into the brands. That can take two to three years without bringing in any revenue."