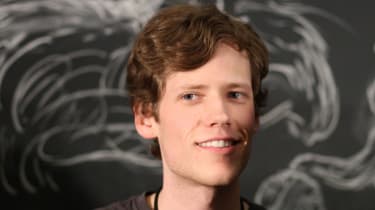 Google's latest recruit is the founder of 4chan, Chris Poole, who was known for many years only by the pseudonym "moot".

Poole founded the notorious forum in 2003 at around the age of 15, with his creation going on to spawn innumerable memes such as Lolcats and Rickrolling, as well as hacktivist group Anonymous.

In 2010, Poole launched a new imageboard, Canvas, which shut down just four years later. In a blog post recounting why Canvas and its offshoot DrawQuest were shut down, he said that while retention and engagement were great, the Canvas team "couldn't quite crack the business side of things".

Nevertheless, it seems Poole has been brought into the Google fold to help build up some kind of social business.

In a short blog post announcing his new job, he said: "When meeting with current and former Googlers, I continually find myself drawn to their intelligence, passion, and enthusiasm - as well as a universal desire to share it with others. I'm also impressed by Google's commitment to enabling these same talented people to tackle some of the world's most interesting and important problems.

"I can't wait to contribute my own experience from a dozen years of building online communities, and to begin the next chapter of my career at such an incredible company."

Reactions to Poole's new job have been mixed. While many have congratulated him on his new role, others have accused him of hypocrisy. One Twitter user going by the name of Santiago said Poole had gone "from fighting for anonymity to work for the largest threat to anonymity ever", while others called him a sell-out.

From both the wording of Poole's blog and a tweet by Bradley Horowitz, Google's VP of streams, photos and sharing, it does seem he has joined Google itself, rather than parent company Alphabet or any of its offshoots. While it is not currently clear what project he will be working on, speculation is rife that it will be Google+.