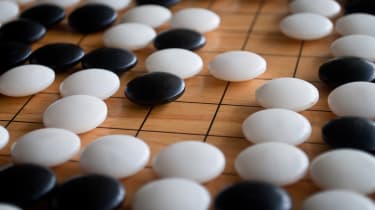 AlphaGo has won the fifth of five games of Go against South Korean grandmaster Lee Se-dol.

The final game was a close-run thing, spilling into overtime with the AI just half-a-point ahead at one stage. Ultimately, Lee forfeited the game, handing AlphaGo victory.

The best-of-five tournament, which saw the software win 4-1, is considered to be a significant moment in the development of artificial intelligence. Go is a sophisticated game with more potential moves than there are atoms in the observable universe, requiring a greater capacity for on-the-fly "thinking".

In a post on Google's Asia-Pacific blog, top American go player Michael Redmond said: "It was difficult to say at what point AlphaGo was ahead or behind, a close game throughout.

Earlier, AlphaGo was awarded the rank of honorary nine dan by the South Korean Go Association - the highest ranking there is and the first time anyone has been given an honorary professional ranking.

Lee, the Korean Go master who is engaged in a historic best-of-five battle with the computer, called his win "invaluable" according to BBC News. He added that he had "never been congratulated so much because [he had] won a game".

Google, meanwhile, said the defeat was "very valuable" as it had revealed a problem programmers can now work to fix.

AlphaGo was created by British AI company DeepMind before it was acquired by Google in 2014 for the specific purpose of being able to play better than human professional players of the ancient Chinese board game Go.

In December 2015, it beat the European Go champion Fan Hui five-nil. It has already, effectively, beaten Lee in the tournament, having won the first three games, however, the final match is still to be played and will be held on Tuesday, 15 March.

Google's AI program, AlphaGo, has beaten the world Go champion in the second round of their five-match bout.

It is the second consecutive victory the software has notched against Lee Se-dol, with the five games seen as a crucial test of how far AI development has come.

Lee said: "Yesterday I was surprised but today it's more than that, I am quite speechless.

"Today I feel like AlphaGo played a nearly perfect game. If you look at how the game was played I admit it was a clear loss on my part."

It comes after AlphaGo beat the European champion of Go last October.

Go is considered a suitable challenge to test the development of AI because there are more possible positions in Go than the estimated number of atoms in the observable universe, according to Google's DeepMind team.

Google beat Facebook to creating a program capable of defeating human players in a game of Go. When AlphaGo beat Europe's champion, Facebook declared it was still working on its own software.

A Google-made AI has defeated the world Go champion in the first round of their five-match clash.

The DeepMind AlphaGo program has been pitted against South Korean player Lee So-dol in a test of the software's capabilities.

In the first match, Lee spent most of the game in the lead before being overtaken and forfeited the match once defeat was assured.

The pair will play four more matches over the next four days, with an eventual prize pool of roughly 700,000 going to the victor.

This latest victory comes after AlphaGo's triumph over the European champion in October last year, stunning AI specialists. The AI was created by British firm DeepMind, before the company's 2014 purchase by Google.

The match-up is reminiscent of the human-AI chess matches of the 1980s and 1990s, which saw IBM computer Deep Blue beat grandmaster Gary Kasparov in 1997.

This test is expected to be much more strenuous than prior chess pairings, however, due to the complex strategic nature of Go.

Experts say that the 3,000-year-old Chinese board game has a much higher number of possible moves than chess, making it more difficult for computers to calculate their way to victory.

The AlphaGo AI achieved its level of skill by repeated practice and analysis. Talking to the BBC, DeepMind boss Demis Hassabis explained that the program started out studying the common patterns of professional human players.

It then practices against itself over and over again. AlphaGo played "different versions of itself millions and millions of times and each time got incrementally slightly better", Hassabis said, noting that "it learns from its mistakes".