The majority of entrepreneurs in the UK between ages 18-24 are women, beating the global average 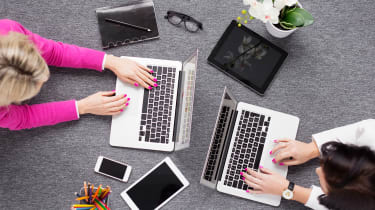 Almost 60 per cent of millennial entrepreneurs in the UK are female, new research has revealed, surpassing the global average of 47 per cent.

According to research conducted by HSBC Private Bank, which surveyed more than 2,800 active business owners worth between $250,000 and $20 million, almost half (47 per cent) of global entrepreneurs under 35 are female, with this figure rising to 59 per cent in the UK.

Nick Levitt, head of global solutions group at HSBC Private Banks, said: "The new generation of millennial entrepreneurs is revolutionising the nature of entrepreneurship. They are starting in business younger than previous generations and are involved in a greater number of enterprises. These entrepreneurs are building bigger businesses and creating more jobs. They are motivated to create an impact on the world as they are to make money and they are having a positive impact on their communities.

"We also see how they are changing the nature of diversity in business; for the first time ever, we are seeing near gender equality in the next generation of millennial entrepreneurs. Women across the world are launching and operating new enterprises at an even faster pace. This emergence reflects how women are forging ahead and succeeding in business."

In comparison, only 16 per cent of UK entrepreneurs over the age of 55 and 30 per cent of 35-54-year-olds are female, making the 18-34s the first generation to edge towards gender equality.

In addition, the study found that businesses launched by female founders reported a higher turnover than their male peers, averaging at $4.1 million in 2015 compared to $4 million.

In honour of International Women's Day, crowdfunding platform Indiegogo announced a new year-long initiative to champion diversity in entrepreneurship. Until March 2017, the site will host events devoted to supporting female founders alongside dedicated mentoring for women who launch crowdfunding campaigns.

Danae Ringelmann, founder of Indiegogo, said: "Because it's a completely open platform Indiegogo has broken down gender inequalities and removed bias from the funding equation. We're really proud of building a platform where all ideas are welcome and have a chance to thrive."

"It's no secret that women still face a multitude of challenges when it comes to representation in leadership," added Mira Veda, founder and editor-in-chief of programme partner Lipstick and Politics. "As of 2015, there are 9.4 million women-owned businesses, yet support and career advancement is negligible. Lipstick & Politics is excited to partner with Indiegogo and support women in entrepreneurship through their initiative.