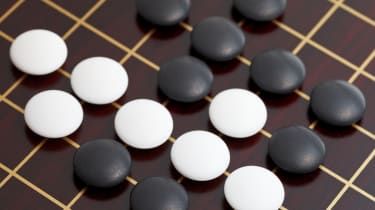 Google's boardgame-playing AI, AlphaGo, has been awarded an honorary ninth dan in Go by the game's South Korean professional body.

AlphaGo beat South Korean grandmaster Lee Se-dol, who is also a ninth dan and considered one of the finest modern players of the ancient Chinese game, in three straight matches out of five.

Although the fifth and final match is yet to be completed, the computer program was awarded the honorary title by the South Korean Go Association in recognition of its "sincere efforts" to master the game's Taoist foundations and achieve a level "close to divinity", according to The Japan Times.

"Neither man nor machine has ever received an honorary professional dan certificate to date, although many people have received honorary amateur certificates," a spokeswoman for the association told The Japan Times.

Go is thought to be at least 3,000 years old and is considered a better test of AI's capabilities than chess as it is more complicated - reputedly having more potential moves than there are atoms in the observable universe.

Players use either black or white tokens in an attempt to try and capture as much of the Go board's territory as possible. The player who is able to dominate the board wins.

Lee Se-dol, who is ranked number two in the world, lost three games in a row to AlphaGo, meaning the computer has already won the tournament. However, Lee fought back to win the fourth bout. At the time of writing, the fifth and final game of the tournament was still underway.