With businesses looking to fill the IT skills gap, CompTIA have launched a portal to aid prospective apprentices 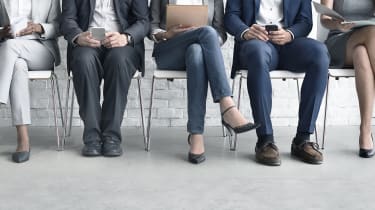 CompTIA has launched a careers portal to encourage young people to take up IT apprenticeships, rather than pursue a career in the industry via university.

The not-for-profit IT trade association, which already runs Skillsboost to offer young people resources and certifications related to the technology industry, has added a 'one-stop-shop' for IT apprenticeships to the portal, also allowing parents and teachers to access the information.

Graham Hunter, VP of skills certification, Europe and the Middle Eat, at CompTIA, said: "Apprenticeships play a crucial role in encouraging young people into IT careers, providing a vocational alternative to university degrees and practical on-the-job experience that can see individuals quickly develop their skills in any technology platform rather than get caught up in theoretical content in academia.

"We've expanded Skillsboost to help thousands of young people find their pathway into the IT industry through apprenticeships."

Part of the information available on the site will be local employment statistics from up to date industry market intelligence, figures on IT salaries and how to get in touch with leading apprenticeship providers.

Last year, CompTIA released a report that claimed many businesses in the UK are suffering because of a lack of skilled workers. With firms unable to find suitable talent, areas such as innovation and staff motivation were being negatively impacted.

"The government plans to create 3 million apprenticeships by 2020, has granted apprenticeships equal legal treatment as degrees having recognised their contribution to the economy,"

Hunter continued. "A number of British IT companies have spoken out in support of creating more IT apprenticeships, having employed multiple to perform critical businesses tasks."

It has been reported that employers have been increasingly turning to apprenticeships in order to close the skills gap, which was estimated to be around 134,000 vacancies a year in 2015. Half of these vacancies are for junior tech roles, which could be more easily filled by apprentices.

Margaret Sambell, director of strategy at Tech Partnership, said of the study: "Graduates have always been a source of new blood into tech careers. But in today's fast moving environment, employers are also increasingly enthused by apprenticeships as a way to attract and develop new people and are finding a rich seam of talent."