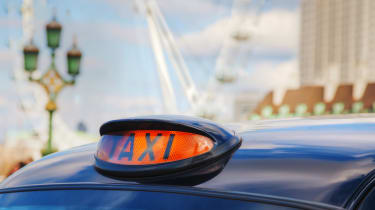 A new update for the iOS and Android Google Maps app will help London's black cabs to compete with Uber in the ongoing battle between the two travel options.

The update includes integration with on-demand black cab apps Gett and Hailo, reports CityAM, now showing an option for the London taxis alongside the usual car/bike/bus/train options shown when searching for journey information and times in Maps.

Users with the Gett and Hailo apps already installed on their phones will also be shown a fixed fare quote from Gett - a feature that could be extended to others in the future.

Google Maps has shown Uber as a travel option since 2014, and now black cabs will be on equal footing.

The move comes after a long battle between Uber and cab drivers, who threatened to launch a Supreme Court appeal against the app in 2015. This concerned the presence of taximeters, which are illegal for privately-hired vehicles, and whether or not the calculation of fares via GPS and other external servers counted as such.

In January, TfL abandoned plans to introduce a minimum waiting time of five minutes between ordering a taxi and beginning their journey and a ban on showing cars in apps, which would have severely impacted Uber's business.

Uber has previously joined with TomTom to offer its drivers access to mapping a traffic data via the Uber driver app, meaning that the on-demand taxi service would no longer have to share data with other companies. It had previously been involved in a bidding war to buy Nokia's HERE mapping apparently offering $3 million for it.