Half of businesses 'do not run apprenticeship schemes' 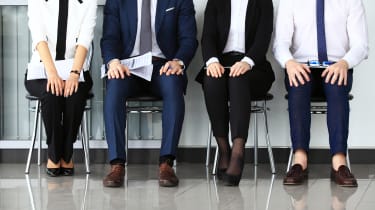 Half of employers do not currently run apprenticeship schemes despite their importance in closing the digital skills gap, new research from Tech Partnership, a network of digital firms including BT and Google, has unveiled.

A third of respondents did not believe they had a suitable role, and 39 per cent said they did not know where to start. Other challenges cited by respondents include recruiting apprentices (56 per cent) and sourcing the right training for them (56 per cent).

However, 73 per cent said taking on apprentices would help fill the tech skills gap, while 61 per cent said doing so would give their firms better access to talent.

Many companies that were surveyed noted the upcoming introduction of the apprenticeship levy (of 0.5 per cent of businesses' total payroll bill paid towards the national apprenticeship programme), coming into effect from April 2017. More than 60 per cent of employers who were aware of the levy expect to take on more apprentices after this date.

Tech Partnership runs a collection of apprenticeships in order to tackle these issues and help fill the UK's digital skills gap. The Tech Industry Gold apprenticeships are designed and accredited by leading employers across the UK to provide dedicated support for both businesses and apprentices.

Tech Partnership joined with the Office of National Statistics and Experian last year to examine the state of apprenticeships among UK companies. At this time, 85 per cent of companies surveyed blamed the skills shortage for difficulty finding the right staff.

There are an average 14 applicants for every tech apprenticeship position, higher than for apprenticeships in general at nine for each position.

John Lewis recently launched a four-year IT apprenticeship scheme that would give eight post-A Level students the opportunity to simultaneously study and work on a salary starting from 16,000. The students would also be spared from tuition fee debts.