Most young people say it's too risky to become entrepreneurs 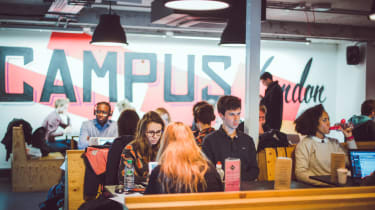 Almost 80 per cent of young people in the UK do not want to start their own business, according to research commissioned by Google.

Four in five 15-18-year-olds surveyed for the study said they would prefer to work for a well-established company, with 53 per cent citing the financial risks of working for or founding a start-up as the main reason not to become an entrepreneur.

Only 32 per cent of students believe that starting their own business would benefit them, while 56 per cent perceive the career path as risky, 21 per cent as unstable and 11 per cent as reckless.

Meanwhile, more boys (36 per cent) saw entrepreneurship as a positive thing than girls (28 per cent).

A recent study looking into reasons why fewer A Level students are studying STEM subjects showed that a lack of self belief may be steering girls away from these industries. Statistics from HSBC Private Bank, however, revealed that almost 60 per cent of millennial entrepreneurs in the UK are female.

In response to these statistics, Google has launched its Future Founders initiative, an entrepreneurship programme based at Campus London a community hub for start-ups.

The aim of the programme is to change young people's perception of entrepreneurship, educating them about the myths associated with start-ups as well as about the support available to founders.

Sarah Drinkwater, head of Campus London, said: "No matter what their eventual career, we know that teaching students about entrepreneurship builds critical thinking, communication and collaboration skills. These are highly important skills for young people as they prepare to enter the world of work, but can also ensure that the UK's start-up ecosystem flourishes in the years to come.

"From British app developers like Nick D'Aloisio, to YouTube content creators like Zoella or social entrepreneurs like GiveMeTap's Edwin Broni-Mensah, we've seen numerous young founders that have a massive impact on their industries before they even turn 25. By running the Future Founders programme with our partners, we hope to inspire the next generation of innovators who will shape Britain's future."

The initiative will take the form of half-day workshops run by experts and entrepreneurs, and participants will have ongoing access to mentorship through Google's Future Founders.

Phil Perkins, business teacher at participating school Burlington Danes Academy, said: "Students don't often have the opportunity to learn about entrepreneurship directly from experts, so meeting the Google Campus team and learning about the start-up support available at Campus made them realise entrepreneurship can be for everyone.

"The hands-on part of the day when they had to pitch social start-up ideas that solve community problems was also helpful in highlighting that businesses can have a real social impact."