On Apple’s 40th anniversary, we look back at its products that redefined the enterprise 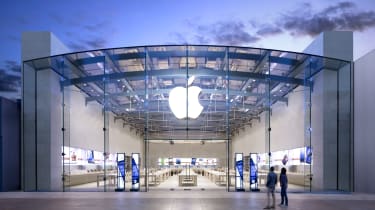 Apple celebrated its 40th birthday yesterday, so it's about time to recognise the huge impact this consumer tech firm has had on all of our working lives.

While some question whether Apple is still as innovative as it used to be, it has a lot to live up to - some of its inventions have completely redefined businesses everywhere.

Those truly groundbreaking inventions have fuelled the tech giant's meteoric rise to become the world's most valuable company, worth more than $500 billion as of February 2016.

Here, we chart four of those products that redefined not only the way we work, but the way we think about work. 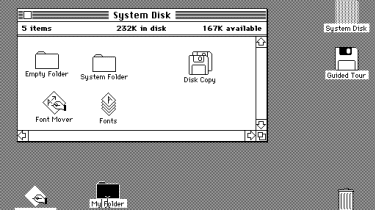 Apple saved us from dreary, horribly complex interactions with computers. Until 1983, we were navigating PCs by remembering the syntax for byzantine keyboard commands into clunky keyboards. Even when we got the command right, producing the desired effect on screen, it felt a very dislocated action from the result we got.

While the tech giant didn't come up with the concept of a graphical user interface (GUI) that was Xerox PARC it was the first to build it into a computer when it released the Apple Lisa in 1983, letting us point and click at the screen via a mouse.

For the first time we could drag and double-click icons, use pull-down menus, and get rid of files by sending them to the trash can.

Microsoft popularised the idea in the late 80s, by which time it dominated enterprise software with its word processing, presentation, and spreadsheet tools, offering the same concept but at a cheaper cost than the Lisa's starting price of $9,995, but it was Apple who did it first. 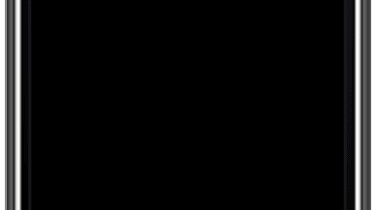 The introduction of the first iPhone in 2007 was so revolutionary that Apple's legendary CEO, Steve Jobs, had to basically list what it did to explain the concept.

He said: "An iPod. A phone. An internet communicator. This is one device, and we are calling it iPhone."

The fact is, the iPhone was one of the first mobile handsets to devote almost the entire surface to a screen, prompting most other manufacturers to follow suit.

It introduced so many features we now take for granted touchscreens, video and music playback, and internet access indeed, it's hard to imagine how we'd function without these things now.

Jobs said at the time: "We are all born with the ultimate pointing device - our fingers - and iPhone uses them to create the most revolutionary user interface since the mouse."

Instead of just making calls, the iPhone changed the way we interact with our devices, similar to what GUI achieved more than two decades earlier.

It has gone on to become one of Apple's most successful devices, selling 74.5 million units in the first quarter of 2015 alone, and drove the consumerisation of IT that saw millions of employees grow tired of their sluggish work devices as they grew more accustomed to the power, convenience and style of their personal devices that they used outside the office.

Soon, they started bringing them into work instead of putting up with their slow office systems, sparking the trend known as Bring Your Own Device (BYOD). 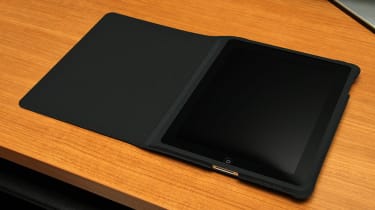 Not content with reinventing the mobile phone, three years later Apple went on to challenge our notions about what a laptop is. When Jobs revealed the iPad to the world in 2010, it was a device that pretty much nobody had seen coming. What that first version lacked in functionality, it made up for in style, proving to be more sleek, fun and sexy than our clunky laptops and the whirring towers sittings underneath our desks.

When Apple's partners started producing keyboards for the iPad, and future versions dramatically improved the tablet's specs, the argument for using it in certain work scenarios became more compelling. When Microsoft relented and released Office for iPad in 2014, the use case became a no-brainer.

For those of us frequently away from our desks, iPads and tablets more generally, as the tech industry again followed Apple's lead proved to be the ideal device to take with us out of the office. They're lightweight enough to carry around and functional enough to check the internet, send emails, and use work-approved apps that help us get important tasks done. Many companies cite increased productivity as a reason for using tablets, by allowing staff to get on with work while on the train or visiting clients.

The iPad helped paint the bigger picture of mobility from the earlier concept of BYOD, using the cloud to allow us to swap between devices our desktop, our phone, our tablet to work on the same task at work, on the train, and at home. By drawing its computing power from the cloud, the iPad (and plenty of other tablets) stays light on software and offers a decent enough battery life to become a reliable work device.

While Apple had hammered out the concept of a digital shop as early as 2003 with the iTunes Music Store, it didn't move wholesale into apps for another five years.

That's when it updated the iTunes store to turn it into the iPhone App Store, opening it up to third-party developers to create and sell their own apps via the store, while retaining quality control over what went up for sale.

The idea took off, with Apple recording its 10 billionth app download from the App Store in 2011. As of July 2015, there were 1.6 million apps available to download.

The idea of apps changed the way we think about software, and how we consume it too. In our personal lives, we became used to being able to download whatever we needed with a few taps of the screen. This was an autonomy unheard of in the workplace, where IT chose what software we could have on our computers, and where upgrades came in huge yearly updates that took computers out of action for hours at a time.

In contrast, app updates were delivered via the cloud on a regular basis, providing us with a steady stream of useful new features to try out.

They became so popular and useful that often we would identify good apps for the enterprise before our businesses did. Called Shadow IT, this trend of downloading personal apps and using them at work introduced apps like cloud collaboration software Dropbox to the workplace.

In response to this, it wasn't long before companies started building their own apps that employees could download from their very own app stores, or creating lists of approved apps that staff could use to get on with their work.