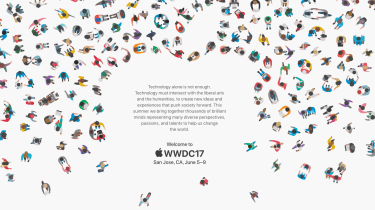 Apple's Worldwide Developers Conference has finally come and gone, and attendees were treated to a boatload of announcements about upcoming software that Apple has in the works. Read on to find out everything the company announced at WWDC 2017, its 28th annual developers' conference.

WWDC 2017: all the announcements

Given that WWDC is first and foremost a developer conference, we had lots of news about updates to Apple's various operating systems. Major version releases like iOS 11 and watchOS 4 featured, as well as lots of updates about the latest version of macOS.

Apple announced watchOS 4, the latest version of its wearable OS. There are a few new watchfaces, including some new animated Toy Story watchfaces, a kaleidoscope watchface and a Siri-enabled watchface, featuring machine learning to surface reminders and information that's relevant to you at the time.

The activity and workout apps also got a series of updates, including improved, dynamic feedback on how close you are to achieving your goals, better tracking for swims and workouts, and direct integrations with modern gym equipment, which will start rolling out later this year.

A new Music app was also shown off, which lets users scroll through albums with the digital crown.

The developer preview is available today, with a full rollout coming later on this summer.

Apple didn't have much to say about Apple TV and tvOS, with the exception of the announcement that Amazon's Prime Instant Video will soon be coming to the platform. Cook did state that more updates will be coming later on this year, however.

As was widely rumoured, Apple has finally announced its long-awaited competitor to the Amazon Echo and Google Home. HomePod is a connected speaker, with the company's digital assistant Siri providing the brains. 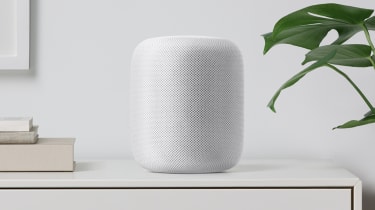 As expected, it features deep integrations with Apple Music, HomeKit control and powerful speakers with beamforming audio to ensure good sound quality and acoustics regardless of where you place it in the room.

Like the Amazon Echo and Google Home, Apple's HomePod features built-in voice control thanks to the company's digital assistant. Siri can answer questions about music, with contextual awareness meaning she can understand questions like 'who wrote this song'. She also performs the standard array of smart hub tasks, like answering general queries and controlling smarthome equipment.

HomePod will be available in the UK, US and Australia in December, starting from $349.

True to form, one of Apple's main focuses at WWDC 2017 was the unveiling of the latest version of iOS. As expected, Apple launched a huge slew of new features with iOS 11, including new multitasking and file management features, augmented reality tools and machine learning support.

The major highlights are productivity tools for iPad, such as drag-and-drop support, a macOS-style app dock and a file browser allowing users to access and manage their files both on the device and on all the major cloud storage platforms. To see a full run-down of all the features that were introduced for iOS 11, visit our hub. 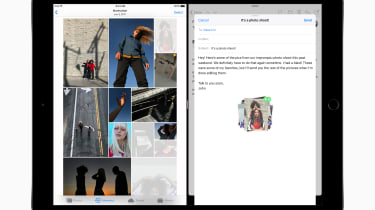 The developer preview is now available to download for everyone with an Apple dev account. Public betas will be launching later on in the Summer, with the full version rolling out to users in September, presumably alongside the next iPhone.